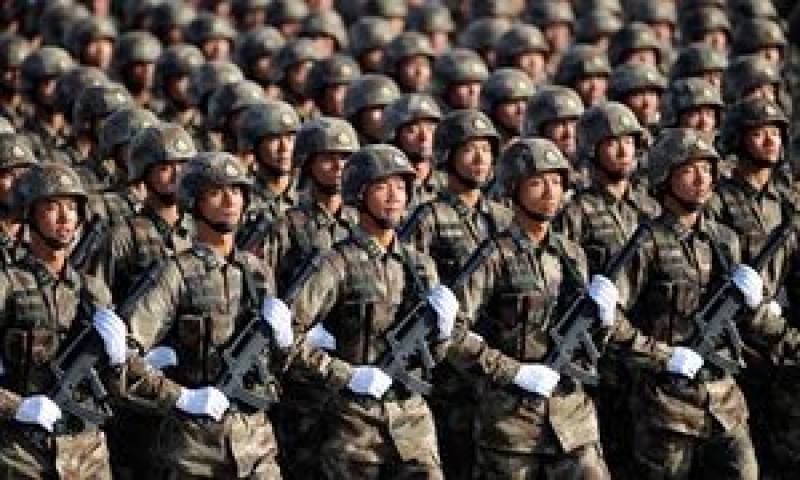 The budget is normally included in public documents released at the opening of the country’s 10-day annual legislative session, which began Sunday, but was absent this year, adding to perennial concerns abroad over Chinese military transparency.

The 2017 budget will be 1.044 trillion yuan ($151 billion), a finance ministry information officer confirmed to Bloomberg News.

The government has not indicated why the figure was not publicly disclosed at the rubber-stamp National People’s Congress on Sunday as per tradition.

The US military remains by far the world’s most powerful and most well-funded, with an annual budget of more than $600 billion.

China is engaged in a decades-long build-up and modernisation of its once-backward armed forces, as it seeks military clout commensurate with its economic might and increasingly asserts its disputed territorial claims in Asian waters.

Since President Xi Jinping took office in 2012, the armed forces have undergone a massive overhaul, with shifts toward a Western-style joint command structure that gives him more military authority.

China’s military budget had seen double-digit increases for several years until last year, when it was raised 7.6 percent.

A Pentagon report last year estimated that real spending exceeded the publicly-stated number by tens of billions of dollars.

China’s “lack of transparency about its growing military capabilities and strategic decision-making continue to raise tensions and have caused countries in the region to enhance their ties to the United States,” the report said.

Fu Ying, spokeswoman for China’s legislature, said on Saturday that future Chinese expenditures “will depend on US intentions vis-a-vis the region, and US activities (which) to a certain extent set the barometer for the situation here.”

Speaking at an annual press conference, she said China’s defence build-up was aimed in part at being able to respond to “outside meddling” in its territorial disputes, an apparent reference to Washington.

Reports that Beijing may be militarising artificial islands in the South China Sea have raised concerns around the region and prompted objections from Washington, which has sent military ships and aircraft close to the growing islands to buttress its calls for freedom of navigation in the strategic body of water.

Brunei, Malaysia, the Philippines, Vietnam and Taiwan have various disputes with Beijing, which claims virtually the entire South China Sea as its own.

“China has never caused harm to anyone, to any country,” she said.