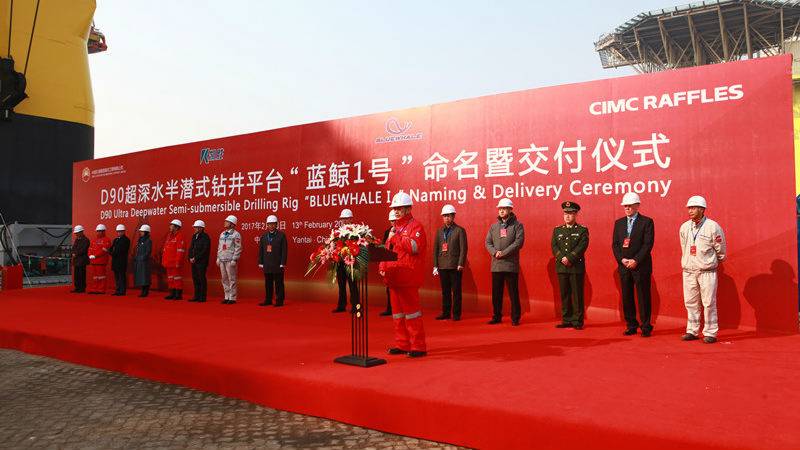 BEIJING: (APP) China has broken the world record again by building the largest offshore ultra-deep water drilling platform, which is also able to drill to the deepest depths of the sea.

It can operate in deep-sea operations across the world, CIMC Raffles says on its website. Its electric cable has a pull extension length of 1.2 million meters.

It is the first "turn-key project," which is completed and can be sold to any buyer, by a Chinese shipbuilder in the ultra-deep water field.

Blue Whale 1 was named and delivered to its project owner based in Yantai, a port city of East China's Shandong Province on February 13.

The platform will be jointly operated by Blue Whale and CNPC Offshore Engineering Co. Ltd for ocean energy exploration according to a previously signed service agreement between the two sides.