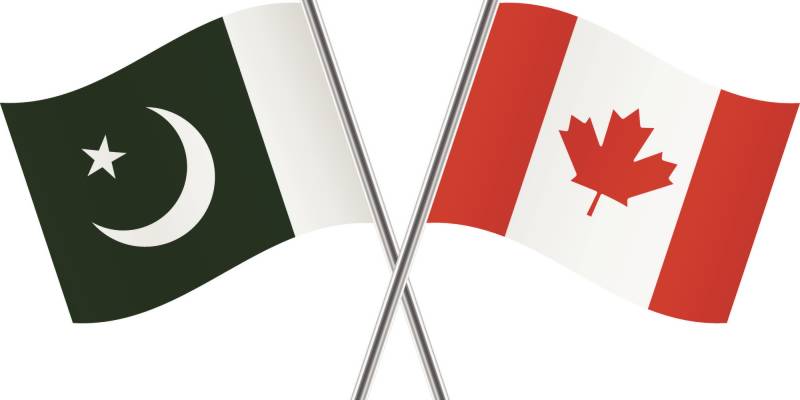 OTTAWA: Pakistan's High Commissioner to Canada Tariq Azim Khan has invited Canadian companies to benefit from the investment opportunities in Pakistan due to economic boom and demographic dividend.

In a meeting with Mr. Chuck Davidson, President of Manitoba Chamber of Commerce at Winnipeg, he said, "As Pakistan is on a threshold of economic boom, there lies a huge potential for Canadian firms to capitalise on the spurring growth that has led to [the] huge demand of consumer goods".

While briefing the President of the Chamber on county's economic achievements in the last few years, he said the GDP growth before 2013 stood at 3%, and the country is now expected to achieve 5.5% growth rate this year. He informed that the economy was set to grow over 8% between 2018 and 2025, while marinating a single-digit inflation.

Pakistan Stock Exchange (PSX) was the best-performing stock exchange in Asia and its index has risen from 18000 to 50,000 in a short span of only three years, he added. The Chinese investment, he added, in CPEC and the booming middle class in Pakistan have given confidence to the foreign investors.

The ongoing infrastructure and energy projects under CPEC will usher in a new era of prosperity and development in the region.

The High Commissioner further informed Mr. Chuck Davidson that the trade between Pakistan and Manitoba province has risen almost 100 percent during the last two years, but still there exists a huge potential for enhancing trade between the two countries. He said that textile products including bed linen, sports goods, surgical instruments, basmati rice, leather products, and mangoes from Pakistan are of best quality in the world.

He offered the Chamber to host a delegation of investors for visit to Pakistan to explore the investment opportunities that lie in the country and to meet with their Pakistani counterparts for developing synergies.

Mr. Chuck Davidson informed the High Commissioner that the cultural diversity of the province due to immigration boom during the last few years brought positive developments in the economy of the Province.

Manitoba's main exports to Pakistan remained agriculture products, including lentils, seeds, oilseeds, and spices, he added. He said that the Province has a diverse economy led by the agriculture sector and agreed that there was a huge potential for cooperation between Manitoba and Pakistan.

The province was a manufacturer of agriculture-related machinery and possibility can be explored for investment in Pakistan.

He said over 70 smaller chambers in the province were linked to main Manitoba Chamber of Commerce, and that he would let all the chambers know about the opportunities existing in Pakistan.

Both sides agreed to work together for enhancing trade and for an exchange of business delegations for exploring trade opportunities.

Mr. Anis Khan, President of the Pakistan Business Association of Manitoba, was also present at the meeting.