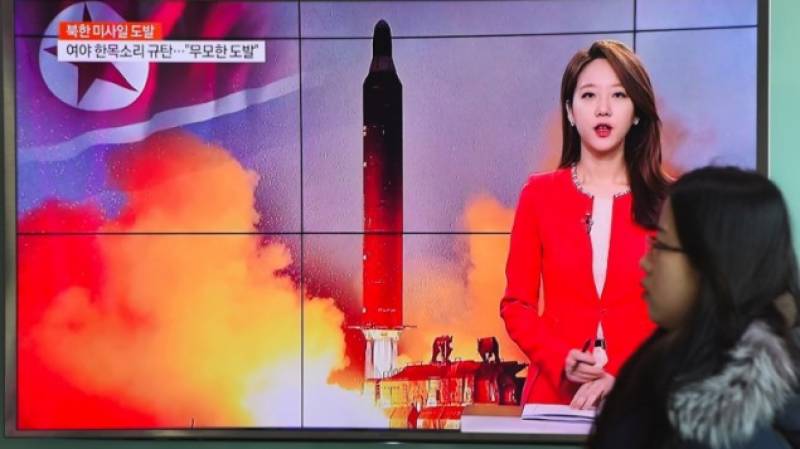 WASHINGTON: (APP) Former US president Barack Obama in 2014 launched a cyberwar against North Korea's missile program but it has failed to make significant gains, The New York Times reported.

The United States still cannot effectively counter North Korea's nuclear and missile programs, the newspaper said following a months-long investigation, based on interviews with officials in the Obama and Donald Trump administrations as well as "a review of extensive but obscure public records."

North Korea's threats remain so dangerous that when Obama left office he warned Trump that this would likely be the most urgent problem he'd face, the Times said.

Three years ago Obama ordered the Pentagon to increase cyber and electronic attacks against North Korea to try to sabotage its missiles before launch or just as they lift off, the report said.

The program appeared to be successful, as several of the North's rockets and missiles failed soon after launch.

Advocates of the US program claimed success, believing that they had delayed for years North Korea's ability to mount a nuclear weapon on an intercontinental ballistic missile (ICBM) and threaten a US city.

Skeptics however said the failures could have resulted from shoddy manufacturing, disgruntled insiders and simple incompetence.

Kim Jong-Un's isolated regime has continued to thumb its nose at the world with a series of missile launches over the years.

It has conducted three successful medium-range rocket launches in the past eight months and two nuclear tests in 2016 in its quest to build an ICBM that could reach the United States.

North Korea is barred under UN resolutions from any use of ballistic missile technology.

The UN Security Council has imposed six sets of sanctions since Pyongyang first tested an atomic device in 2006.

Kim boasted in January that Pyongyang was in the "final stages" of developing an ICBM in an apparent attempt to pressure the incoming US president. Trump shot back on Twitter, saying, "It won't happen."

On February 12 North Korea fired what appeared to be a modified intermediate-range Musudan missile, which landed in the ocean.

Days later, US Secretary of State Rex Tillerson pledged that Washington would use the full range of its arsenal, including nuclear weapons, to defend allies Japan and South Korea against North Korea.