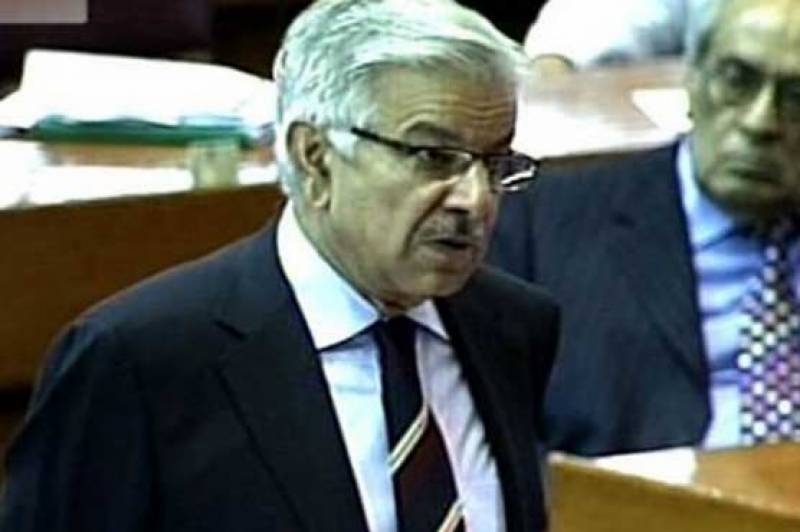 Defence Minister Khawaja Muhammad Asif has said that the decision of closing border with Afghanistan is a matter of national security and it should not be politicized.

Speaking at the floor of the House, he said that Pakistan wants to have proper border management with Afghanistan. He said there are two hundred crossing points at the border and out of these nine are very active and sixteen are active points.

The Minister said Pakistan has closed the border because the killers of our sons are hiding in Afghanistan.

He said India has outsourced the task of terrorism in Pakistan to those sitting in Afghanistan. He said Afghanistan in coordination with India is hatching conspiracies against security of Pakistan.

Khawaja Asif said Pakistan has hosted 3.5 million Afghan refugees in the past and even now two million Afghans are living in Pakistan.

The Defence Minister said that holding of the mega event of final of Pakistan Super League in Lahore was a message to the terrorists.