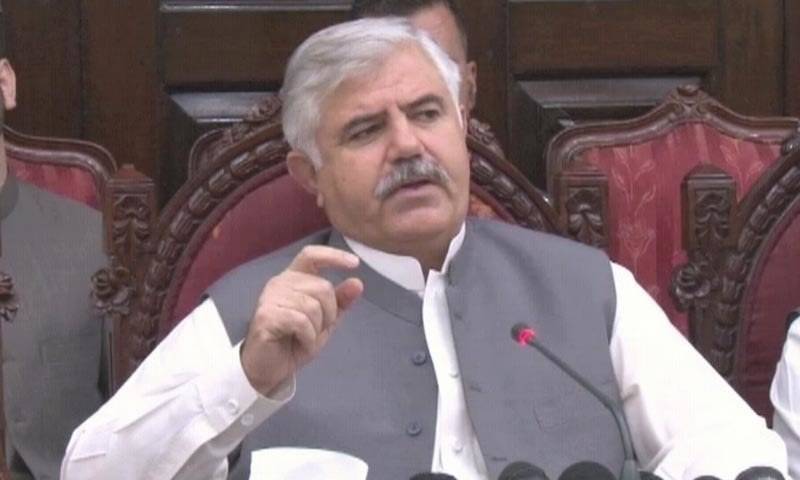 PESHAWAR,(APP):Chief Minister Khyber Pakhtunkhwa, Mahmood Khan on Saturday took strong notice of violence on a woman by her in-laws and sought an immediate report into the incident from Inspector General of Police KP.

The Chief Minister has also issued orders of suspension for the SHO and other police officials for their alleged involvement in the incident.

The violence victim woman had alleged that the area SHO had also supported her in-laws in their acts of violence against her.

The Chief Minister in his statement to media said exemplary punishment would be recommended for the SHO and other people involved averting recurrence of such incidents in future. The affected woman, he said would be provided justice at all cost.

He further said that provision of justice to the weak segments of society was the prime responsibility of the government and no one would be allowed to victimize others.

The CM added that providing social and economical security to our people was among top most priorities of the government.