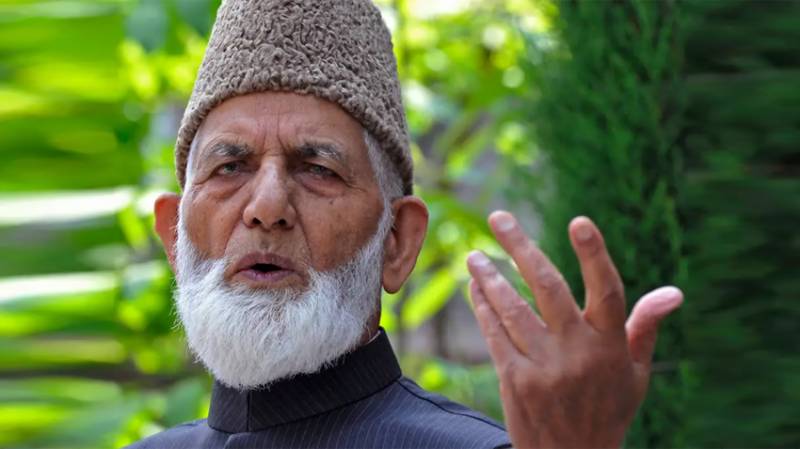 In occupied Kashmir, APHC Chairman Syed Ali Gilani has said the best message of Ramadan and Eidul-Fitr is to struggle for liberating the territory from the occupation forces.

Syed Ali Gilani in his message on the eve of Eidul Fitr asked people to remember in their prayers thousands of Kashmiri martyrs and scores of political leaders and workers languishing in Indian jails for demanding their inalienable right to self-determination.

The Democratic Freedom Party (DFP) Chairman, Shabbir Ahmad Shah, who is already in the custody of Enforcement Directorate, was arrested by National Investigation Agency today.

A DFP spokesman while strongly reacting to the arresting of Shabbir Shah said that arresting political leader in fresh cases while he is already behind bars proves that New Delhi and its institutions want to punish Shabir Shah for fearlessly advocating the right to self determination cause.

On the other hand, intense clashes erupted during a cordon and search operation in Tarigam village of Kulgam district after groups of youth poured into streets and threw rocks on the forces.

Thousands of people participated in the funeral prayers of the two martyred youth in their native villages in Kulgam district.