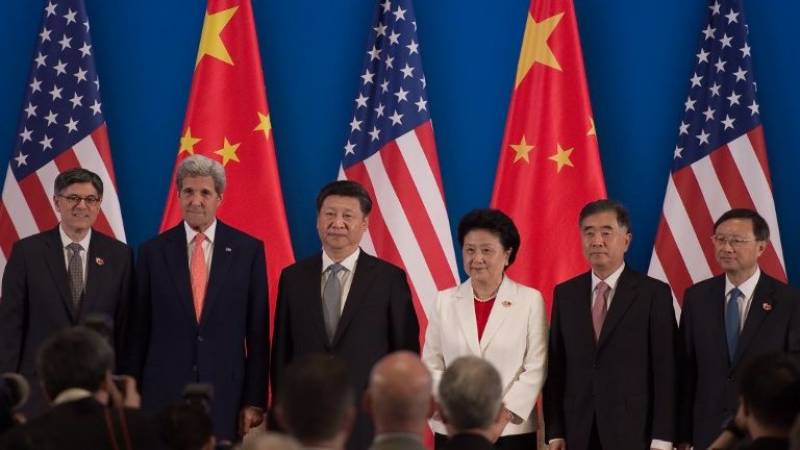 BEIJING: Annual Strategic and Economic dialogues between US and China started in Beijing amid rising tensions on South China Sea.

US Secretary of State John Kerry and Treasury Secretary Jacob Lew urged China to cut its excessive steel production which is affecting international market and to settle South China Sea Dispute with negotiations.

US officials claimed to establish new policies to cut down the cheap exports of China which are hurting foreign steel producers and also threatening thousands of jobs.

US Treasury Secretary Jacob Lew said “Excess capacity has a distorting and damaging effect on global markets, and implementing policies to substantially reduce productions in a range of sectors suffering from overcapacity, including steel and aluminum, is critical to the function and stability of international markets.”

Sources claimed that the meeting will help both countries to resolve matters and clear up misunderstanding.

Tensions among both countries raised after US send its warships in disputed sea claimed wholly by China through which 5 trillion dollars trade passes every year.

It is claimed that the meeting will comprise issues like, South China Sea, Climate change, cyber security, terrorism, trade and economic cooperation.