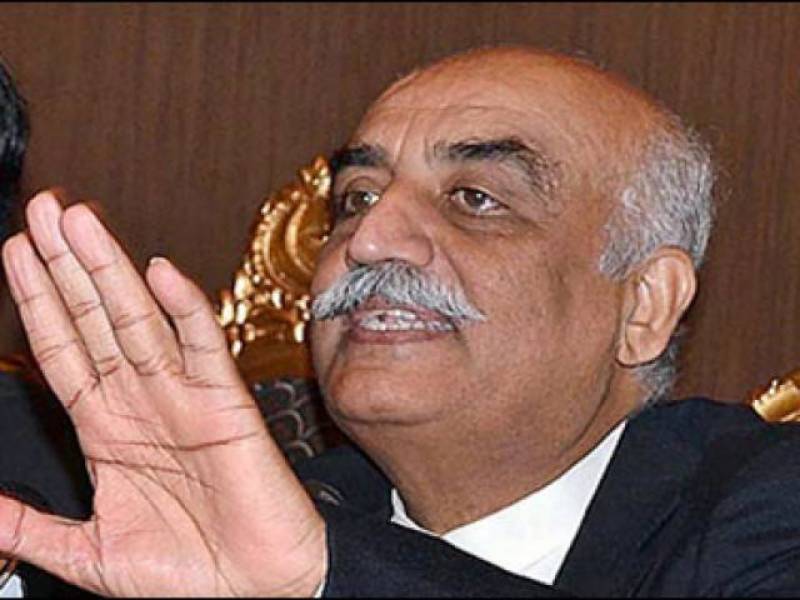 ISLAMABAD: Opposition leader in National Assembly Khurshid Shah said that opposition is being compelled to come on roads over the issue of Panama leaks and that would not be in favor of government.

While talking to media here at today in Islamabad, Khurshid Shah said that deadlock still persist between government and opposition sides in parliamentary committee over Terms of References.

He made it clear that government is doing wrong for not showing flexibility over the issue as government would have to face music if Panama leaks issues is not resolved.

Opposition leader further stated that there is no option for opposition other than to come on roads and we are being forced to do so.

Talking about budget, Khurshid Shah explained that next year fiscal budget has been presented by government without any planning as several departments including education has been ignored in budget by reducing their funds while government priorities were not clear in next fiscal year budget.