Kashmiris who died for freedom are not dead : Imran Khan
6 Jun, 2016 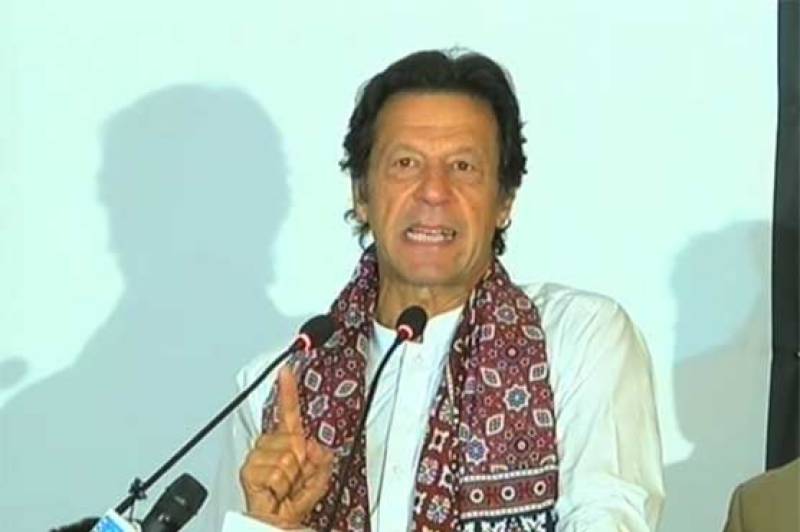 PALANDARI: While lambasting at JUI (F) Ameer, PTI Chairman Imran Khan said that there is no need of conspiracy against Pakistan in the presence of Moulana Fazal ur Rehman.

While addressing a political gathering here at today at Palandari in connection with AJK elections that are going to be held in July, Imran pointed out that heavy price has been paid by Kashmiris in fight for their right of self-determination while they do not die who fight for freedom but who accept slavery do not have any future.

Quoting example of Nelson Mandela, Imran explained that he had to spend 27 years in jail but he did not withdraw from his stance while Quaid-e-Azam continued his efforts for the independence of Pakistan despite of his poor health condition and fought against British imperialism. They hold high positions who spend their lives in fighting for truth and justice.

While urging people to stand against the corruption of Sharif family, Imran made it clear that we would have to fight for our rights if want to bring change in Pakistan.

Imran alleged that corrupt people in NADRA and Election Commission have sold their consciences so how they can improve institutions.