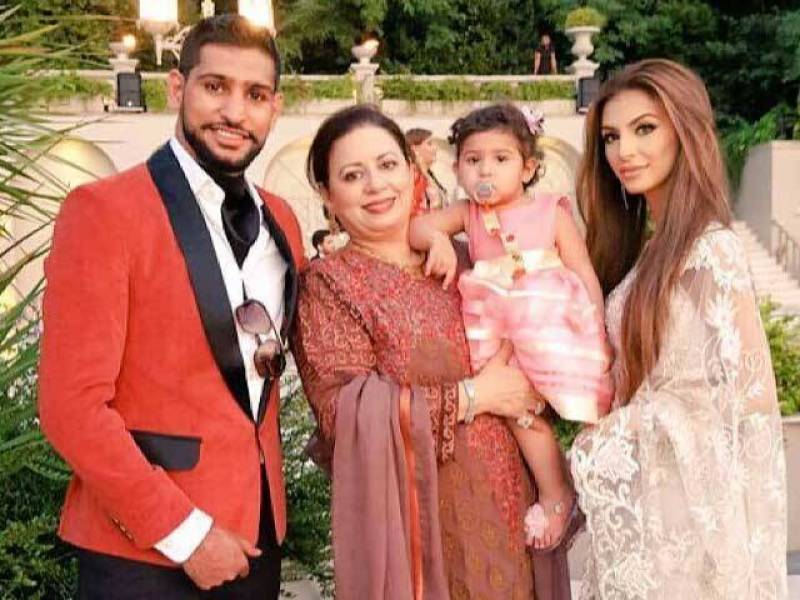 ISLAMABAD: Boxer Amir Khan and his wife Faryal Makhdoom wonderfully celebrated their daughter second birthday as they spend 1 lakh pound over the celebrations that is 15 million in Pakistani rupees.

According to British media, Lamaisah Khan second birthday party was held here at Bolton Wanderers Stadium by Amir Khan and his wife while 250 guests were invited by Amir Khan in this party.

Talking to media at the occasion, Amir Khan claimed that his wife Faryal Makhdoom took three month time to plan such a splendid party. Amir added that he wanted to do something special for his daughter but now he will not do anything until his daughter turn 16 year because he has promised his wife for not repeating the grand gesture every year.

Talking about party, Amir added that he just praised his wife tremendous effort and work when he came in party.