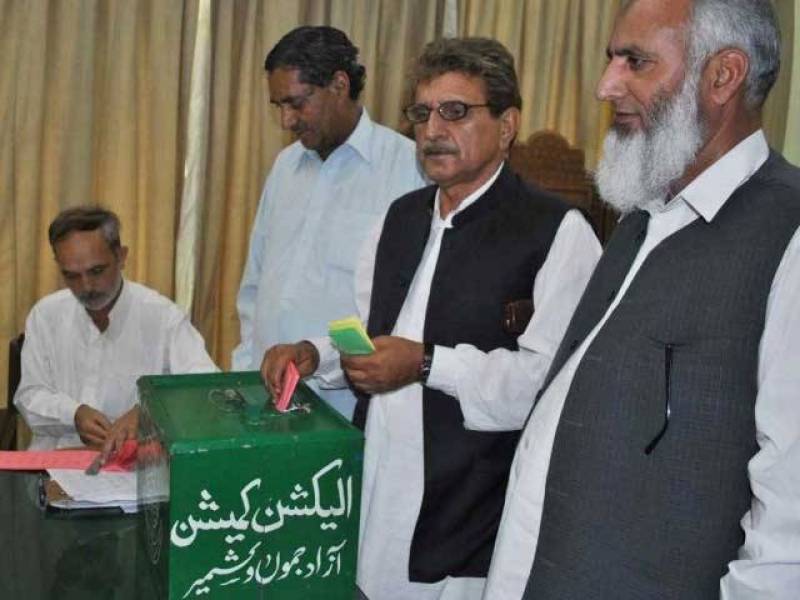 MUZZAFARABAD : AJK general election is going to be held on July 21 as Azad Kashmir election commission has announced election schedule.

Nomination papers would be returned on June 27 and after that final list of candidates would be issued on June 29.

On the other hand, code of conduct for the election of AJK legislation Assembly has also been issued that stated that general election would be held under the surveillance of Pak Army and women participation in election would be ensured.

Every candidate would be able to spend 20 lakh for electoral process and 5 lakh on personal expenses.