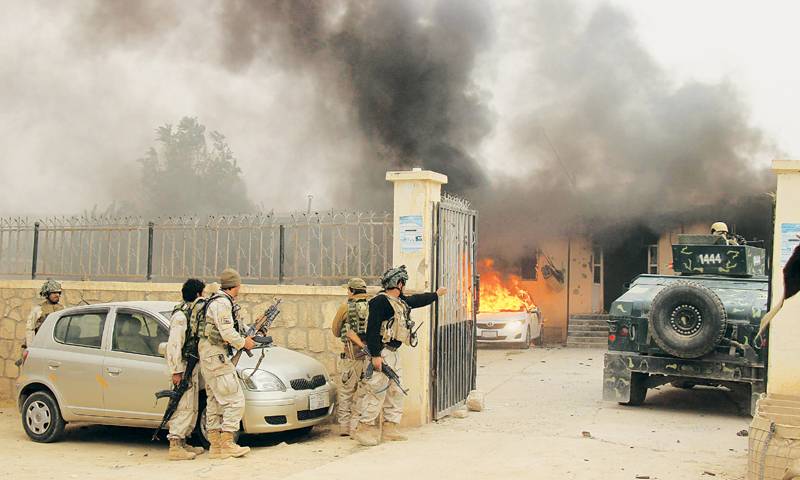 KABUL: Seven people including prosecutors and judges were killed and at least 23 wounded in a gun battle in a court complex in Pul-i-Alam city of Logar province, Afghanistan.

Sources claimed that three gunmen attacked at Afghan security forces in a court complex that lasted for 1 ½ hours.

Afghan Taliban claimed the responsibility of the attack and called it a reaction to the execution of  Taliban prisoners.

“This was in retaliation to the execution of six martyred Taliban fighters,” Taliban spokesman Zabiullah Mujahid tweeted.