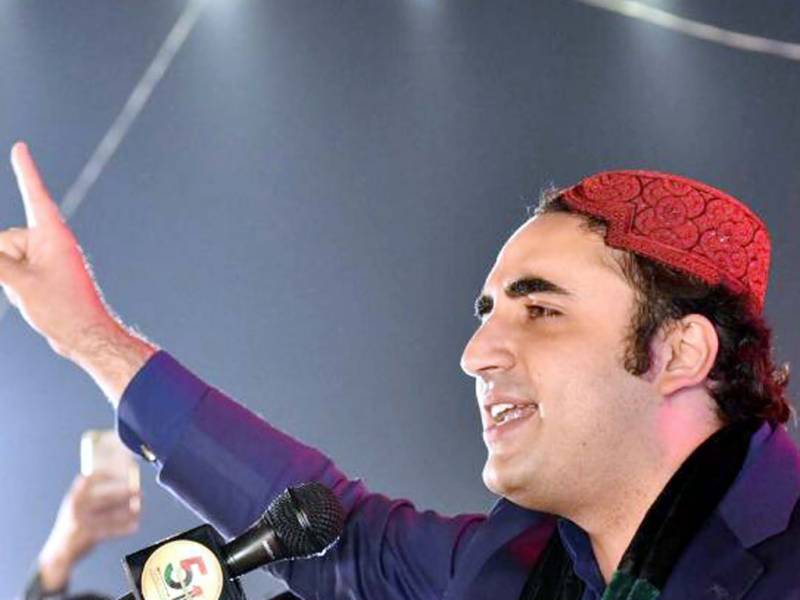 PESHAWAR: Pakistan Peoples Party (PPP) Chairman Bilawal Bhutto Zardari said a panacea to all the problems being faced by the country was in strengthening democracy and democratic norms.

Addressing ‘Meet the Press’ programme here at the Peshawar Press Club, he said the PPP had rendered sacrifices for democracy since its inception in 1969 and never bowed to any pressure put by the dictators.

Bilawal said his party’s efforts for promotion and continuation of democratic process, struggle for achieving rights of people and elimination of poverty would continue unabated.

Bilawal Bhutto, who dashed to Peshawar on a week-long visit to organize the party’s structure at district and divisional level in the province, said the political issues could be resolved through a debate.

The PPP chairman called for early announcement of the new National Finance Commission for better and judicious utilization of resources by the federating units. He demanded increase in the share of provinces in the federal divisible pool.

He asked the Elections Commission to withdraw its decision regarding deputing troops inside the polling stations for elections of provincial assembly in merged areas.

He said the PPP would continue its struggle for securing human rights of the people at every fora.

Bilawal said the opposition parties were united on the removal of Senate chairman.

They would bring their consensual candidate for the post and today’s meeting of the Rahbar Committee was called for the same purpose.