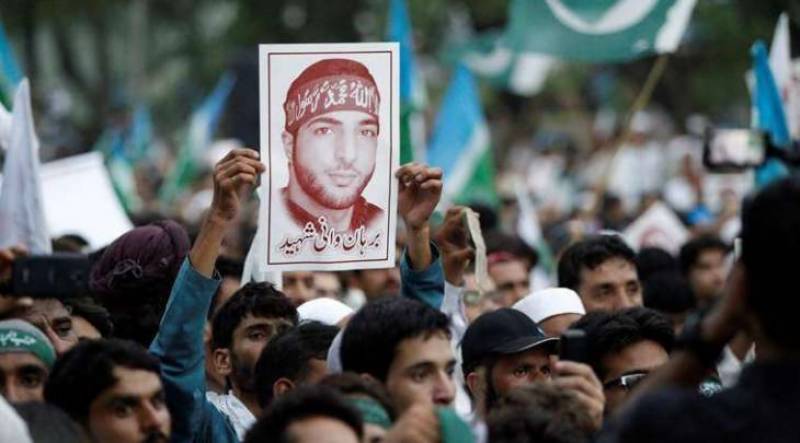 Burhan Wani was killed along with two associates by Indian troops in a fake encounter in Kokernag area of Islamabad district on 8th July in 2016.

The leadership has also called for complete shutdown on Sunday and a march towards Tral, the native town of Burhan Wani where a public meeting will be held on the day.

The authorities also imposed restrictions in Nowhatta area of Srinagar and did not allow people to offer Friday prayers in historic Jamia Masjid.

They said Kashmiri youth were laying down their precious lives for a sacred cause and their sacrifices would not be allowed to go waste.

In a statement, Joint Resistance Leadership called for a complete shutdown in occupied Kashmir, tomorrow, against the shifting of Aasiya Andrabi, Nahida Nasreen and Fehmeeda Sofi to Delhi.

The JRL condemned the action of NIA and termed it the worst form of political vengeance against the resistance leadership.