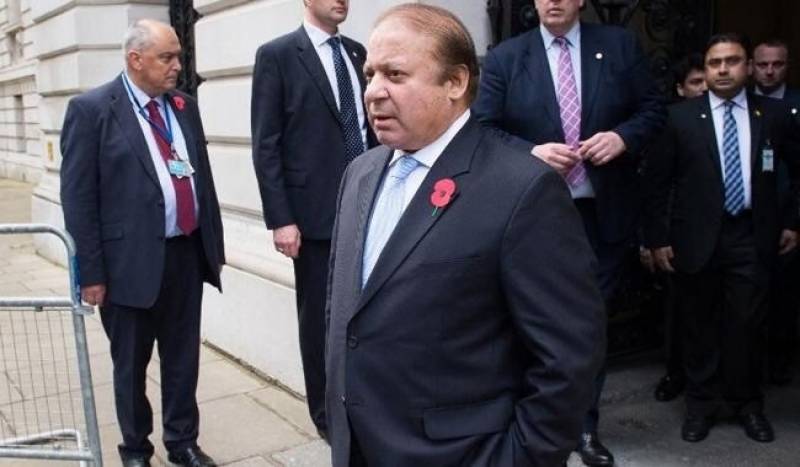 LONSON - Nawaz Sharif has said that till the time vote is not given respect and masses don’t get their right to govern he will continue his struggle.

"Why should we be slaves of a selected few after freedom from the British. I wish the same pace is adopted in the cases against those who violated the constitution," he said.

Nawaz expressed his reservations over the accountability court's decision on Avenfield reference case.

"No pleas filed by me in court were approved, most of them were rejected, this is unfortunate because that doesn’t happen in most cases," the former premier added.

Nawaz said that the PML-N is far ahead than the other parties despite facing oppression.

"We are leading all the opinion polls," he said. The PML-N leader appealed to the nation to support him.

Responding to a question, the PML-N leader said that not a single premier was able to complete their constitutional term.

"I could've also taken the easy route like other politicians but I chose not to appease everyone," she added. "My father's only crime is that he speaks the truth."