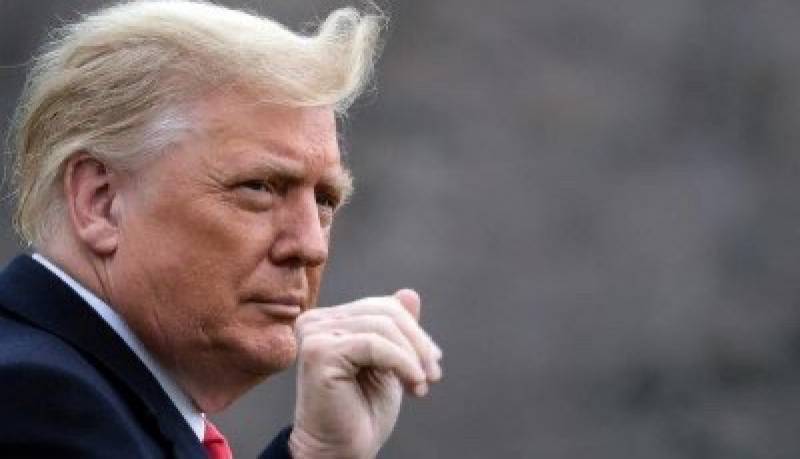 Already shaken by a fresh flare-up of violence, the fragile Afghan peace process may face “problems” following the departure of US President Donald Trump on Jan 20, experts believe.

They also argue that incoming President Joe Biden may seek a “review” of the Doha peace agreement between Washington and the warring Taliban, which aims to bring an end to a 19-year conflict in the war-wracked country.

“The implementation of the Doha peace agreement could face problems, especially the deadline for withdrawal of US troops from Afghanistan, as the intra-Afghan dialogue is not really making progress and the violence has intensified,” Rahimullah Yusufzai, a Peshawar-based expert on Afghan affairs, told *Anadolu Agency*.

Citing fresh allegations and counter allegations by Washington and the Taliban with regard to a recent surge in violence despite a “commitment for peace” from both sides, Yusufzai said the fresh developments could prompt the Biden administration to review the plans for a complete military pullout from Afghanistan.

On Monday, Washington and the Taliban blamed each other for violating the peace accord between the two sides ahead of the second round of intra-Afghan peace talks in Doha, Qatar.

Zabihullah Mujahid, a Taliban spokesperson, said US forces had conducted airstrikes against the group in non-military zones. He warned of retaliation if the attacks do not stop.

Col. Sonny Leggett, a spokesperson for US forces in Afghanistan, termed the allegations as "false" and said the strikes were defensive and renewed calls for all sides to reduce violence.

"The Taliban's campaign of unclaimed attacks & targeted killings of government officials, civil society leaders & journalists must also cease for peace to succeed," he said in a tweet.

Yusufzai observed that Biden might delay the full withdrawal or insist on keeping a small number of troops on Afghan soil even after May on the pretext of “ensuring US security and the war against terrorism.”

Last November, Biden, according to the US media, had said he was "rightly weary of our longest war in Afghanistan, but there was a need to end the war responsibly, in a manner that ensures we both guard against threats to our homeland and never have to go back."

In February last year, the Taliban reached an agreement with Washington promising to end the lingering war in Afghanistan in exchange for security guarantees. The agreement also guarantees the withdrawal of all foreign troops from the war-torn country by May 2021.

“A circle within the Democrats does not want a complete pullout. They may force Biden to keep at least one or two bases in Afghanistan even after May,” Yusufzai said. “The surging violence in Afghanistan may give an excuse to Biden to seek a review of the Doha agreement.”

Meanwhile, Kabul-based analyst and political commentator Syed Eqbal also sees prospects of a shift – though not very drastic – in the US policy towards the Afghan peace process.

“There is no doubt that the ultimate thrust in Washington has shifted over the years from defeating the Taliban on the battlefield to a so-called ‘dignified’ exit from Afghanistan, but it [exit of forces from Afghanistan] is going to differ under the new president,” he told *Anadolu Agency*.

He added that the Afghan government under President Mohammad Ashraf Ghani would dearly want the Biden administration not to ‘rush’ with the exit.

Salman Bashir, a former foreign secretary of Pakistan, does not see the reversal of the peace process despite the change of administration in Washington and looming challenges.

“I think both Democrats and Republicans want to get out of Afghanistan. Biden has to embrace the geo-economic view of Afghanistan and this region as there is no other feasible option, “ Bashir, who served as foreign secretary from 2008 to 2012, told *Anadolu Agency*

“The alternative course would unravel prospects of peace and plunge the country into a civil war and de facto division,” he warned.

The US alone, Bashir noted, could not resolve the Afghan imbroglio and needs to cooperate with Russia, China and other regional states for a durable settlement of the long-smoldering conflict.

Sharing a similar view, Yusufzai said: “I do not see a total reversal of Trump’s withdrawal plans by the incoming president despite a surge in violence. He cannot do that even if he wants because it [the Doha agreement] was a popular move, and the US political and military leadership by and large supported that.”

“The Taliban too want an end to the war,” he went on to say.

*What will Biden do?*

“What will Biden do? No one outside of his inner circle knows,” Van Dyke, author of the bestsellers “In Afghanistan” and “Captive,” told *Anadolu Agency*.

“Trump is going, so what he thinks is not important. There are Democrats who do not want the US to leave, but what can they do to change the Taliban? Add more troops? That has not worked. Bombing them, as Trump did, had no effect. They will not give in, ever. So does the US,” said Van Dyke, who was held captive by the Taliban in 2008.

He even appeared to be skeptical if Washington’s chief negotiator Zalmay Khalilzad will continue to work after Trump’s departure.

“I don't think so, but I don't know. [But] Khalilzad is not necessarily respected.”

Terming the role of Pakistan, Iran and Saudi Arabia in the reconciliation process “crucial,” Van Dyke said: “The American people are tired of the war. But the US military and maybe the CIA [can] be seen as losing the war. Much will depend upon what Pakistan and Saudi Arabia and Iran do, or agree to do, to help the US in this regard.”

Referring to Russia’s role in Afghanistan, he said there are “responsible” Democrats and Republicans who understand that Moscow wants to get back into Afghanistan.

“It will play fairly. [Russian President Vladimir] Putin wants to get rid of the US presence in Afghanistan,” he contended. - Anadolu Agency