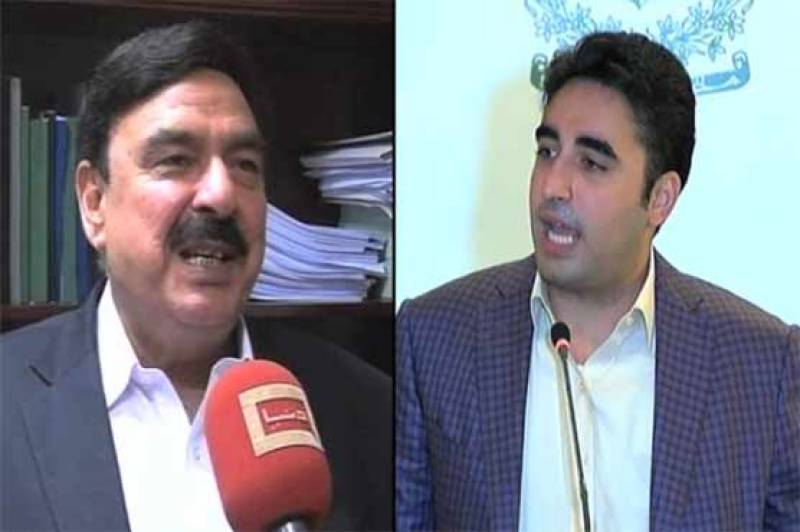 ISLAMABAD - A war of words has erupted between Bilawal Bhutto and Sheikh Rashid.

Rasheed called the PPP chairperson’s politics weak. He said he wanted Bilawal to fulfill his responsibility to the PPP.

Rasheed alleged that Zardari gained the most out of former prime minister Benazir Bhutto’s assassination. Expressing concern for Bilawal, he said the young politician’s politics could be ‘saved’ if he steered clear of his father’s [Zardari] politics.

Earlier in the day, taking a jibe at Rasheed’s comment that his politics was becoming weak, Bilawal had commented,

“If Sheikh Rasheed is commenting on my politics then I don’t know who will run our country’s trains.”

He advised the railways minister to focus on his work instead, saying that there is a rise in train accidents and ticket costs and poor people are facing increasing difficulty in travelling by train.