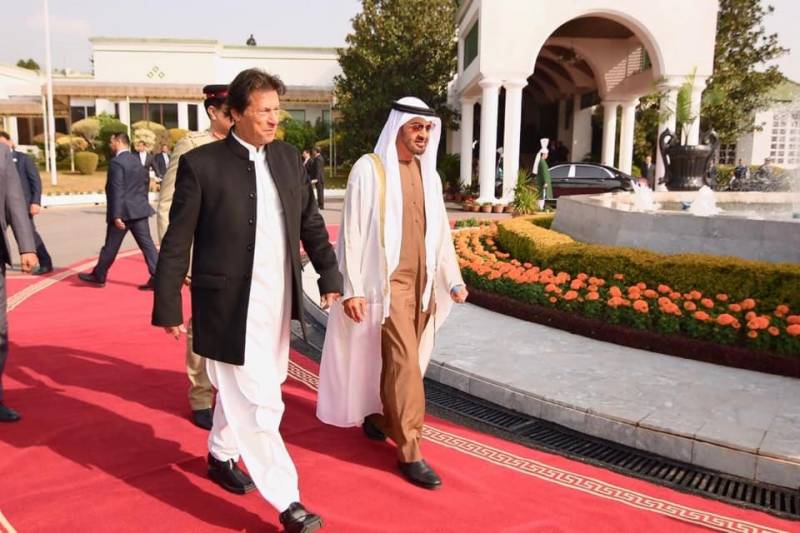 Prime Minister Imran Khan welcomed him on his arrival at the Nur Khan Airbase. He was given twenty one guns salute.

During the visit, he will have a one-on-one meeting with the Prime Minister, followed by delegation level talks.

This is the third interaction between leadership of Pakistan and UAE in less than three months, which is a testimony to the special nature of brotherly relations between the two countries.

A smartly turned out contingent of Pakistan Armed Forces presented guard of honour to him while a seven JF 17 Thunder presented salute to the Crown Prince.

On the occasion, the national anthems of both countries were also played.

Later on the Crown Prince was introduced to members of Federal Cabinet. He also introduced his delegation to Prime Minister Imran Khan.