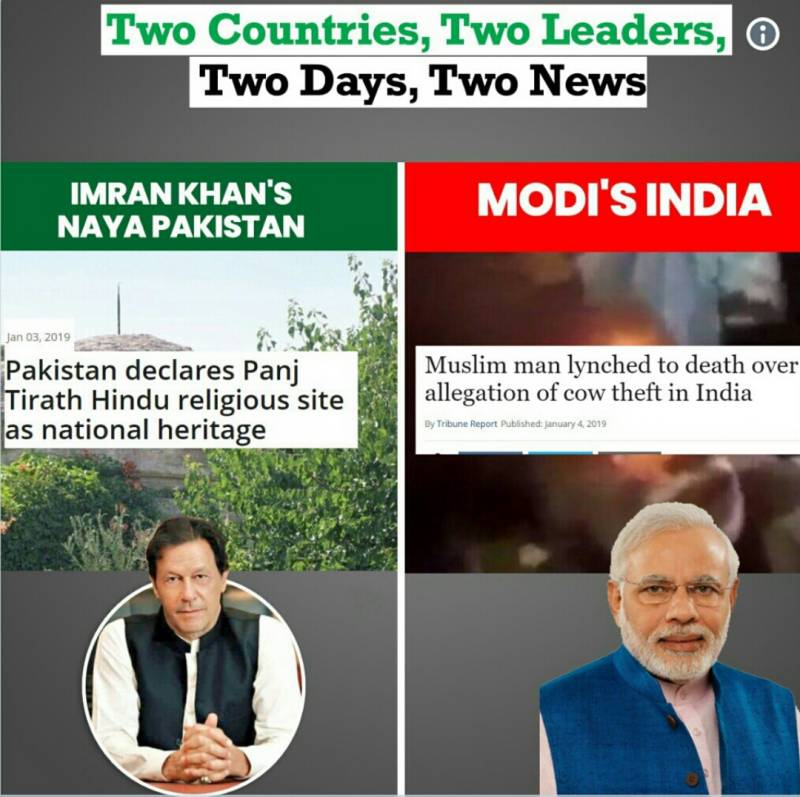 KARACHI - Indian media has been ignited by the tweet from the PTI over comparison between PM Imran Khan and Indian PM Modi.

Pakistan Tehreek-e-Insaf took a jibe at the Indian Prime Minister Narendra Modi on killing of a Muslim man over allegation of cow theft couple of days ago in Bihar state.

This did not go well with Indian media as they considered it as an attack on their prime minister. India Today headlined the story as “Two countries, two leaders, two news: Imran Khan's PTI attacks PM Modi in targeted tweet”.

Captioning the picture ‘Two Countries, Two Leaders, Two Days, Two News’, the PTI said that in Imran Khan’s Naya Pakistan Hindu sites are given special status while in Modi’s India Muslims are being killed in the name of religion.

The Pakistani prime minister believes in ensuring that minorities are given their due rights and opening of Kartarpur border for Sikhs and declaring Panj Tirath Temple as national heritage is a testimony of his vision, the ruling party stated in a tweet on Saturday.

Such kindness towards humanity makes Imran a great leader, it further added.