PM Imran Khan and UAE Crown Prince held one on one meeting
6 Jan, 2019 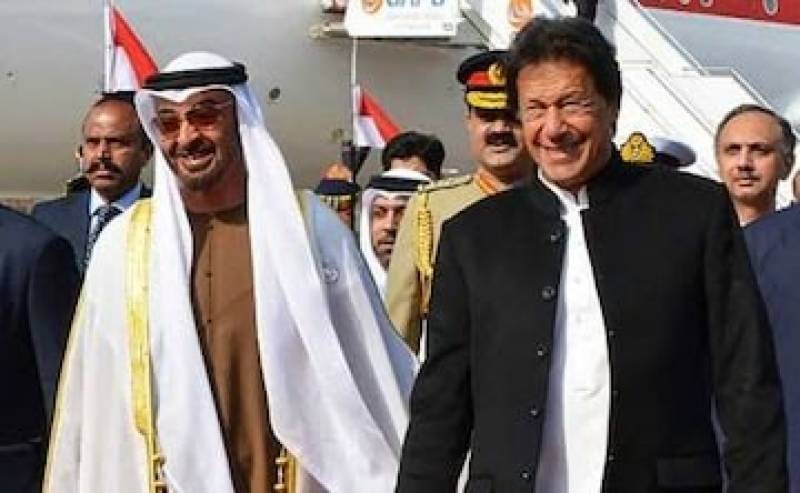 Prime Minister Imran Khan droved the Crown Prince from Noor Khan Airbase to the PM House where the official welcome ceremony was held. The Crown Prince had arrived on a day-long official visit of Pakistan. A contingent of armed forces presented guard of honour to the visiting dignitary, who also reviewed the parade. The national anthems of both the countries were played. Prime Minister Imran Khan introduced Crown Prince Sheikh Mohammed bin Zayed Al Nahyan and his delegation with the members of his cabinet.

A formation of JF-17 Thunder aircraft presented an impressive fly-past to the Crown Prince.

Earlier, Prime Minister Imran Khan along with other government officials received him at the Noor Khan Airbase. This is the third interaction between the leadership of Pakistan and UAE in less than three months.

The crown prince was given twenty-one guns salute at the airbase.