Indian PM Modi accused of being afraid from media
6 Jan, 2019 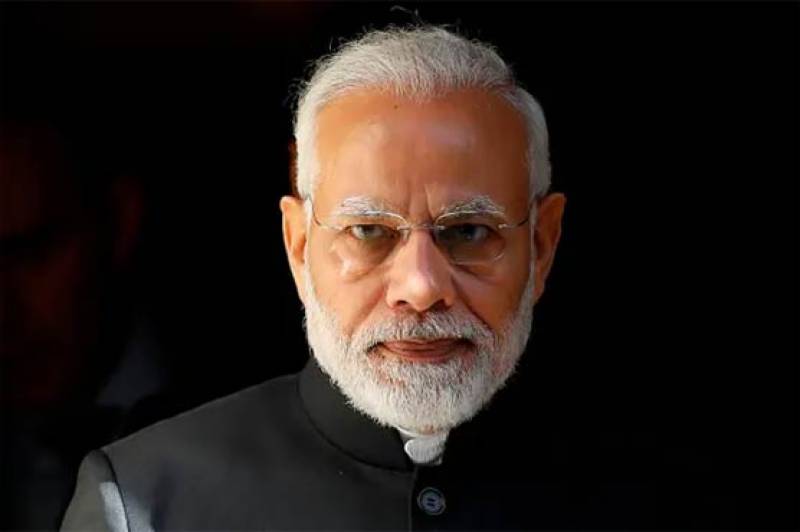 NEW DELHI– India’s prime minister, Narendra Modi, has been accused of being afraid of the media, after consenting to a rare interview – just one of a handful in four years as PM – on New Year’s Day in which he answered a range of questions that critics compared to “free-hit deliveries” in cricket.

The interview, to news agency Asian News International (ANI), attracted widespread comment and a fair amount of ridicule. Some journalists called it “manufactured”, “scripted” and a “monologue”. The Congress party called it “fixed”.

One MP said the questions put to Modi “were more in the nature of feeding rather than grilling the prime minister”. A cartoon showed Modi interviewing himself.

The Indian media have been fretting about lack of access to Modi ever since he assumed office in 2014. He has not held a single press conference. The handful of interviews have been mostly set pieces in which the interviewer has failed to put difficult questions or challenged Modi on his answers.

While Modi has never made any secret of his disdain for the press, other members of his Bharatiya Janata party have compounded the testy relationship with the press by variously abusing journalists as “presstitutes”, “dalals” (pimps) or “bazaru” (for sale).

But the latest interview has attracted criticism beyond media circles with the opposition leader, Rahul Gandhi, joining the fray. Gandhi questioned Modi’s refusal to subject himself to random questioning, pointing out how he, by contrast, is more accessible and willing to take difficult and impromptu questions.

Gandhi called the ANI interview staged, and the interviewer “pliable”. “He [Modi] does not have the guts to come and sit in front of you,” he said at a press conference.

In fact, some analysts believe that Modi gave the interview to ANI precisely because he has been stung by recent criticism for failing to meet the press. Former prime minister Manmohan Singh – who had been repeatedly attacked by Modi for not meeting the press when Modi was in the opposition – remarked last month that, while he had been dubbed the silent PM by Modi, at least he had never been afraid of speaking to the press.

“I met the press regularly and on every foreign trip I undertook, I had a press conference on return,” said Singh.