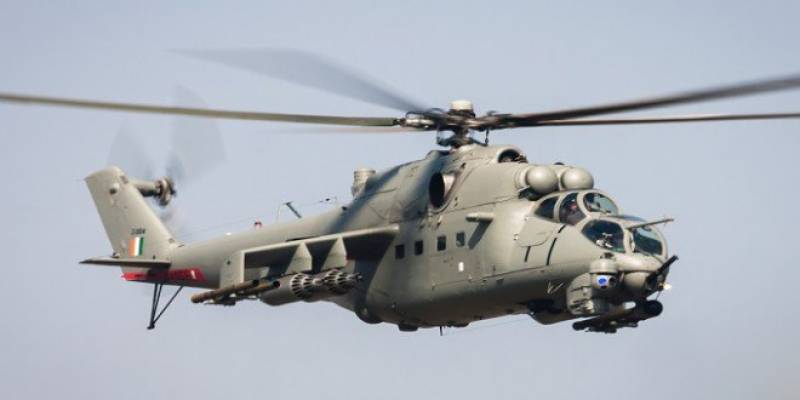 The government of India will deliver four more Mi-25 gunship helicopters to the Afghan Air Force with the delivery of two gunships scheduled for the month of March this year.

This comes as the Afghan officials had said earlier that an agreement has been signed between Afghanistan, Belarus, and India for the delivery of the four gunships.

“We will receive the first of those two in March hopefully. It’s just a process that’s taking time.

The other two should come in June or July. It’s just a matter of preparation. They will arrive soon,” Hamdullah Mohib, Afghanistan’s National Security Adviser was quoted as saying in an interview by Strategic News International of India.

Mohib arrived in New Delhi last week to meet with his Indian counterpart and other Indian officials.

“Held productive meetings in India with my counterpart NSA Ajit Doval and other security officials on regional stability, the democratic progress and ongoing peace efforts in Afghanistan, and bilateral security cooperation,” he had said following his meeting with Ajit Doval, the National Security Advisor of India.