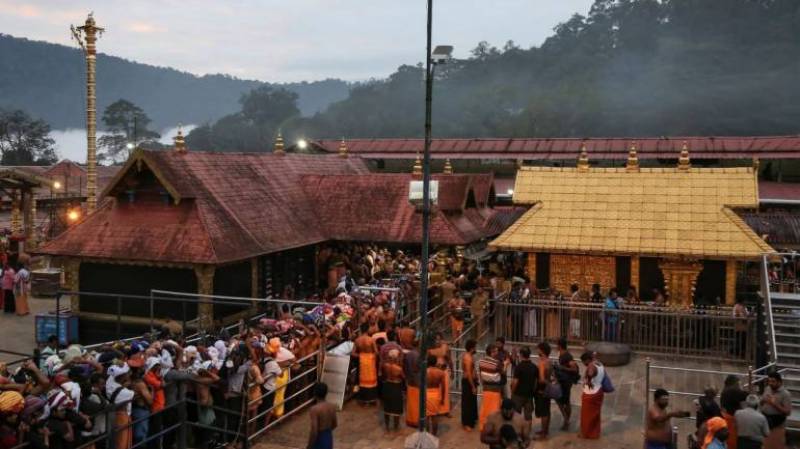 NEW DELHI: In India, So far, over 1,700 people have been arrested in connection with violence in various parts of Kerala.

A country-made bomb was hurled at the ancestral home of a BJP's Rajya Sabha member V. Muraleedharan and an office of the RSS in Kannur was set on fire on Saturday morning, police said.

The entry of two women of menstruating age into the revered Sabarimala temple in the early hours of Wednesday last since the Supreme Court in September last lifted the age-linked ban on the entry of women devotees, triggered massive protests in Kerala.

In the other incident, the RSS office in Pariyaram area was set ablaze, police sources said.