In a first, Saudi Arabia Women to get divorce confirmation through message on Mobiles
6 Jan, 2019 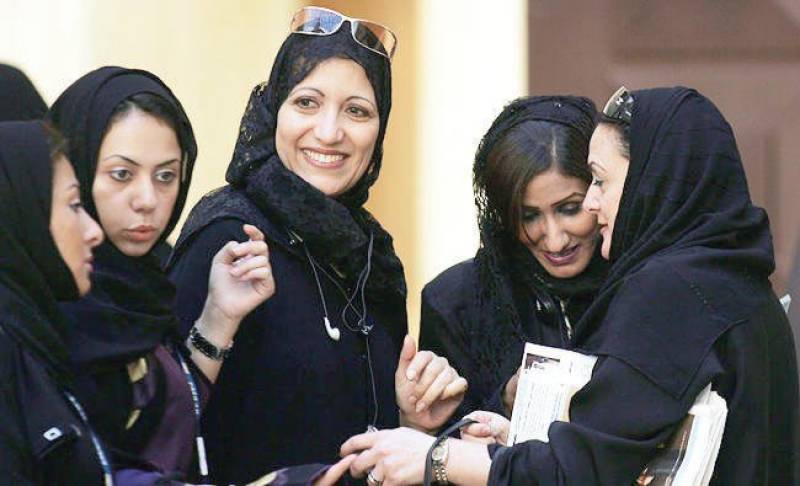 ISLAMABAD - Saudi courts are now required to inform women of changes to their personal status following a divorce or a marriage by sending them confirmation messages on their mobiles. The decision was taken by the justice minister after several courts reported serious cases resulting from husbands not informing their wives they had divorced them, Gulf news reported. In such an instance, a woman filed a legal case against her former husband who divorced her without telling her, but continued to have relations with her, which amounted to a sinful situation. Under the ministerial decision to be applied starting Sunday, family status courts are required to inform women that a divorce case has been filed against them. Details of the divorce will be available on the website of the justice ministry and can be accessed only by the divorced woman. According to Saudi daily Okaz, the message will not include the word “divorce” to alleviate possible shocks for wives who did not expect such a move by their husbands against them, especially that women do not have to be present as the divorce is pronounced. The message will instead be: “To the holder of national identity number …, we hereby inform you that Decision number … has been issued by (name of the court) on (date), and you may contact the court to obtain a copy.”

To the holder of national identity number …, we hereby inform you that Decision number … has been issued by (name of the court) on (date), and you may contact the court to obtain a copy. - Family Court Under the ministerial decisions, the courts will also inform women that their status has been changed to married following their marriage contracts. “We are pleased to provide you with the service of registering your marriage contract as the wife of the holder of national identity number … . We would like to assess the standard of the service on the attached link. We appreciate your participation.” Sources told the daily that the marriage conformation will be sent only to the new wife and that the other wives, in case the husband is already married, will not get any notice. The new measures have been hailed by the ministry as a positive step to protect the rights of women. - APP