Compete shutdown in IOK against Sopore massacre in which 60 civilians were martyred by Indian troops
6 Jan, 2019 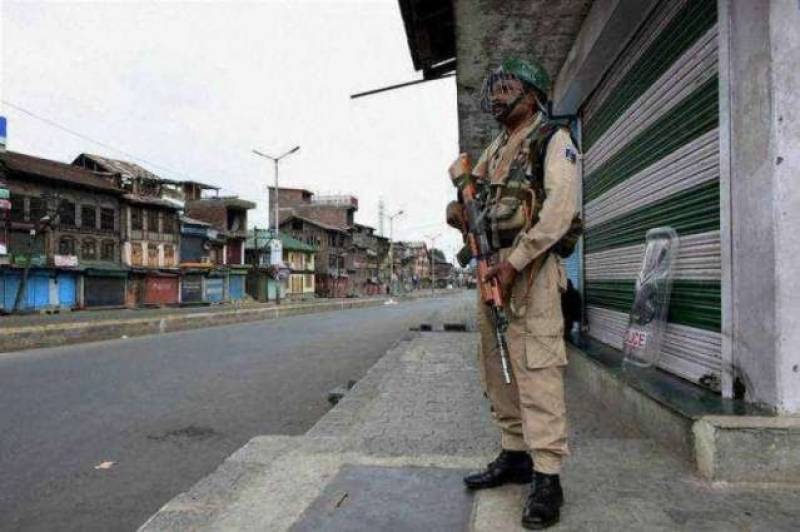 ISLAMABAD - A complete shutdown is observed in Sopore town of north Kashmir’s Baramulla district to pay tributes to more than 60 civilians killed by the Indian troops on this day in 1993. According to Kashmir Media Service, all shops and other business establishments are closed while a skeletal movement of traffic is witnessed on the roads in the town. Hundreds of residents offered congregational Fateha for the martyrs at the mosques in the town. Call for the strike was given by the Joint Resistance Leadership. Members of the civil society and traders gathered at the martyrs’ graveyard and offered special prayers for the victims of 1993 massacre. On the fateful day of January 6, 1993, the personnel of Border Security Force had gone berserk after an unknown person allegedly snatched a riffle from a soldier killing more than 60 civilians and razing over 400 structures including residential houses and shops to the ground in Sopore town. Meanwhile, a complete shutdown is observed in Chursoo and Tral on the third consecutive day following the killing of three youth by Indian troops at Gulshan Pora Tral area of south Kashmir’s Pulwama district. Reports said that all shops and other business establishments in both Chursoo and Gulshanpora areas of Awantipora are closed and a thin movement of traffic is seen on roads.