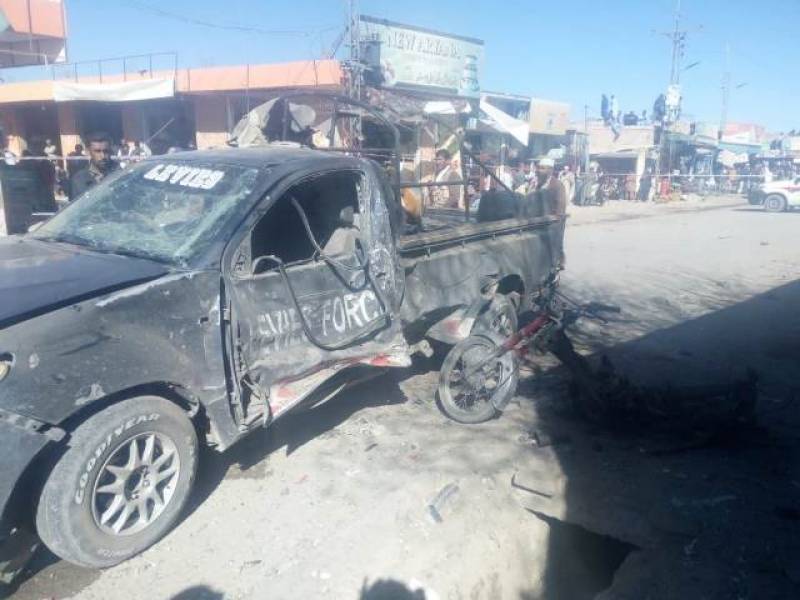 The blast targeted a Levies vehicle in which Tehsildar Abdul Maalik Tareen and his guard Salahuddin were travelling. The police say the blast occurred near the Police Line Jan Adda.

The two personnel and seven passers-by were injured in the incident.

Police, Levies and FC personnel arrived at the scene and sealed the area.

The injured were taken to District Headquarters Hospital Pishin. Tareen and Salahuddin were shifted to the trauma centre at Civil Hospital, Quetta for treatment because their condition was reported as severe. The others are out of danger.

The vehicle was severely damaged in the blast. Its windows also shattered with the impact.