Asif Ali Zardari may be arrested on Monday: Report
6 Jan, 2019 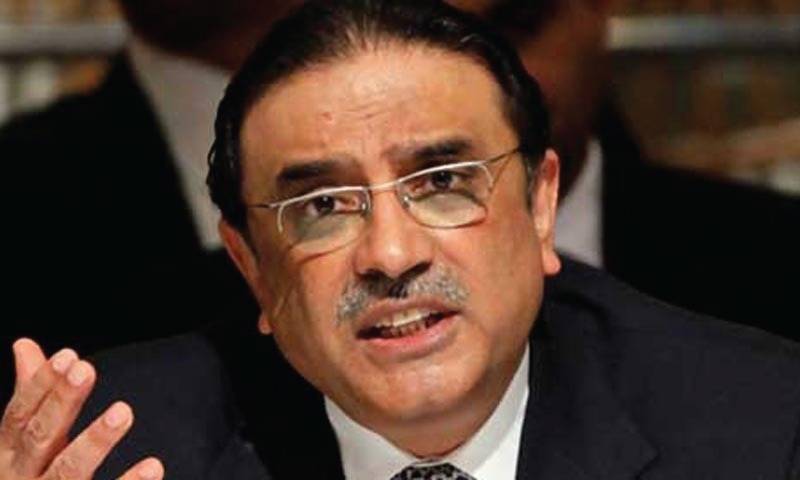 *KARACHI - Former President Asif Ali Zardari may be arrested tomorrow on Monday if the Banking Court rejects his interimbail plea.*

*Senior Pakistan Peoples Party (PPP) leader Syed Khursheed Shah on Sunday has confirmed that former president Asif Ali Zardari will do appear before the banking court on Monday in the money laundering case.*

The Joint Investigation Team (JIT) formed to probe into mega money laundering scam had filed its report in the Supreme Court last month.

The JIT report pointed out involvement of Zardari in money-laundering through fake bank accounts.

Pointing towards an expected alliance between the PPP and the Pakistan Muslim League-Nawaz, Khursheed Shah said, “Nothing is the final word in politics.” He relayed that Zardari and convicted former prime minister Nawaz Sharif will definitely hold a meeting.

However, he said, they did not have an agenda to take down the government.

“Democracy is the real power in the country. The decisions taken outside the parliament always lead to destruction. We will have to take decisions by remaining within the constitution and the parliament,” he said.