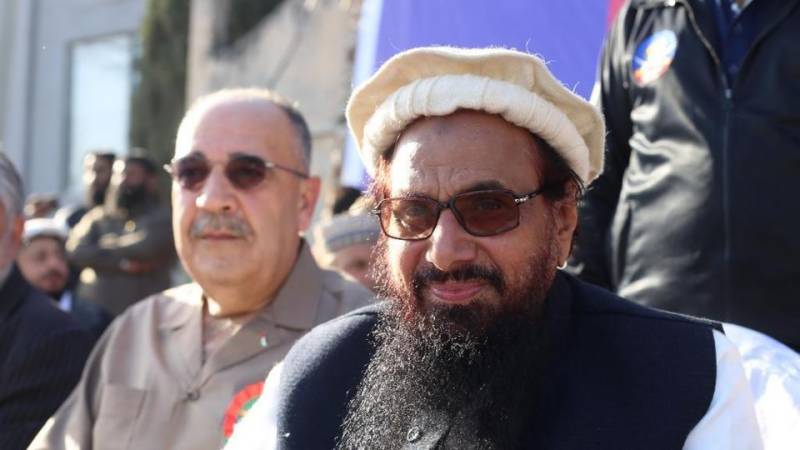 ISLAMABAD - The Federal Ministry of Interior has released a list of all the blacklisted outfits, which includes Hafiz Saeed’s Jamaat-ud-Dawa (JuD) and it’s subsidary Falah-e-Insaniat Foundation (FIF).

The Ministry of Interior released a press release which had the list of all the 72 banned groups, including JuD and FIF.

The press release also said that aiding and abetting any of the mentioned blacklisted organisations, financially or otherwise would also be considered a crime. Hence, people should avoid giving them charity, and should instead report any suspicious activities on 1717, reads the press release.

Islamabad police have so far registered three First Information Reports (FIR) against those putting up FIF banners in the capital.