US expresses desire to enhance economic ties with Pakistan
6 Feb, 2018 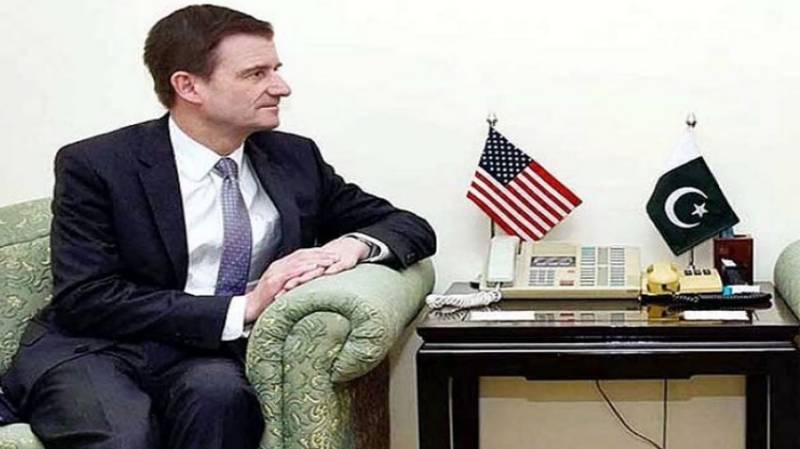 ISLAMABAD - The United States Ambassador to Pakistan David Hale has reiterated his country`s commitment to foster economic cooperation with Pakistan.

He expressed the resolve during his meeting with American Business Council of Pakistan`s President Kamran Nishat and the Council’s Executive Committee in Islamabad on Tuesday.

The US Ambassador stressed that bilateral trade which reached a record high of more than six billion dollars last year can be increased further through enhanced cooperation.

Pak-US commercial and economic ties were also discussed during the meeting.