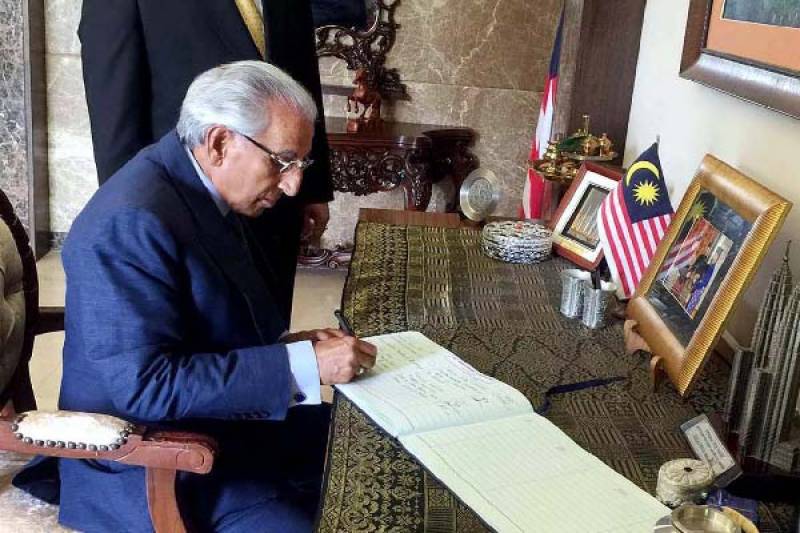 As per details, Tariq Fatemi welcomed the newly-appointed Indian HC in Pakistan and expressed his hope that he will play his effective role to enhance the bilateral ties between two neighbors.

According the Foreign Office statement, matters related to mutual interest were discussed in the meeting. Both dignitaries also exchanged views over the Indo-Pak relations.

Mr. Bambawale vowed that he will play his role in strengthening bilateral ties between  both countries.