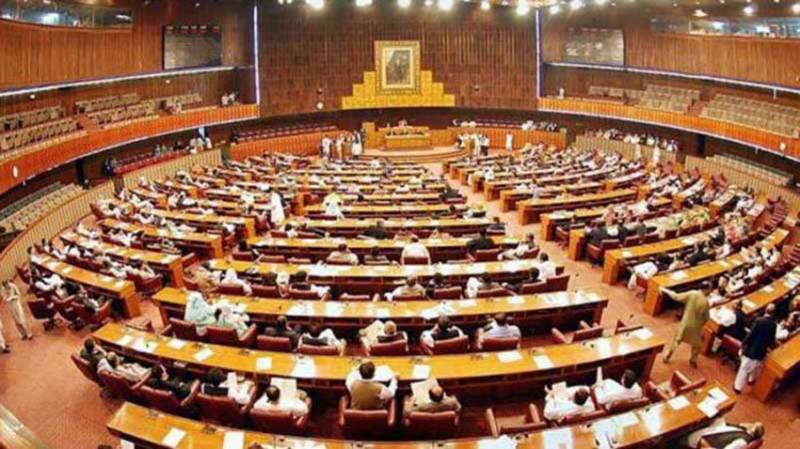 The resolution said that Kashmir is an internationally recognized dispute and longest outstanding item on the agenda of UN Security Council, categorically stating that illegal steps cannot alter the disputed status of the territory.

Reiterating Pakistan's full support to the Kashmiri people in their legitimate struggle for right to self-determination, the Parliament demanded the Indian government to immediately lift military siege in Indian Illegally Occupied Jammu and Kashmir and rescind the illegal and unilateral actions of 5th August 2019.

The resolution demanded India to stop its illegal measures to change demographic structure of the occupied territory. It also called upon India to withdraw nine hundred thousand troops from the territory and give Kashmiri their inalienable right to self-determination.

The Majlis-e-Shoora called upon the international community to use all tools at its disposal to hold India accountable for its illegal and unilateral actions and human rights violations against the Kashmiri people.

It urged the international community to pressurize India to adhere to its international human rights obligations and allow international media and Independent Observers entry into the Indian Illegal Occupied Jammu and Kashmir to investigate and examine the excessive use of force and violence against the Kashmiri people.

Parliament demanded India to remove restrictions on media, Internet, movement and peaceful assembly in the Occupied Territory, besides, repealing the draconian law.

Parliament in its resolution stressed the BJP government’s threatening statements, belligerent rhetoric and irresponsible posture pose a grave threat to peace and stability in South Asia.

It underscored that BJP-RSS dispensation is driven by a toxic mix of extremist ideology and hegemonic designs which are a threat to the Kashmiris under its occupation as well as its minorities and peace and stability of the region.

The resolution said there is a possibility that India may resort to a false flag operation or ill-conceived misadventure against Pakistan, reaffirming the resolve of the entire Pakistani nation and armed forces to thwart any action effectively and resolutely.

Parliament also welcomed the three discussions on the Kashmir dispute at the United Nations Security Council after a gap of fifty-five years.