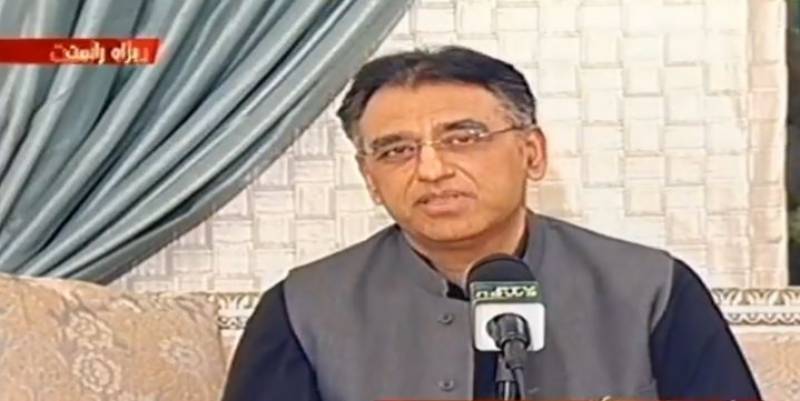 ISLAMABAD-Planning Minister Asad Umar says Covid-19 Pandemic has greatly been controlled due to the effective strategy of the government institutions.

Briefing about the National Coordination Committee meeting, he said, the people of Pakistan are the real heroes in defeating the pandemic, as they strictly followed the SOPs to check the spread of Covid-19.

He appreciated untiring efforts of the doctors and paramedics in fighting the pandemic as frontline soldiers.

He said the strategy of smart lockdown adopted by Pakistan is appreciated by the other countries and they are also learning from experience of Pakistan.

The Minister said the meeting decided that all the educational institutions will be opened on 15th of next month after a final review by the Ministry of Education on 7th September.

He said cinema halls and hospitality Sector including hotels and restaurants will be opened on Monday whereas tourism sector will start functioning from Saturday.

Asad Umar said that the outdoor and indoor non-contact games will be allowed from Monday.

He said restrictions on already operational trains and airlines will be lifted in October. Similarly the road transport will be allowed to operate from Monday but passengers will not be allowed to travel by standing in Metro buses.

Asad Umar said that SOPs have been devised regarding Muharram-ul-Haram in consultation with the religious scholars. He said that all businesses and shops are allowed to resume functioning according to normal timings.