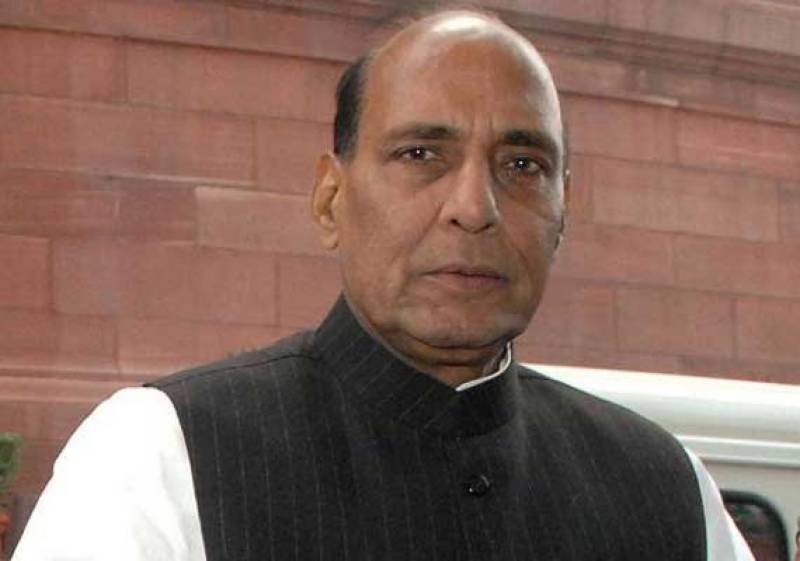 NEW DELHI: (APP) Indian Home Minister reacts to the behaviour of Pakistani Interior Minister after his arrival in India in a speech in the upper house of the Parliament.

A day after his visit to Pakistan, Indian Home Minister Rajnath Singh said he cancelled his luncheon meeting in Islamabad and he had not gone there to have lunch.

“It is true that Pakistan Interior Minister (Chaudhry Nisar Ali Khan) invited everyone for lunch. But then he left in his car. I also left. I have no complaints or grudges as I had not gone there to have lunch,” Singh told the upper house of Parliament.

He said that Indian journalists accompanying him were not allowed to cover his speech at the SAARC summit. But he added that he was not aware of the protocol norms