Pakistan refuse to bow down before US pressure: Sources
5 Sep, 2018 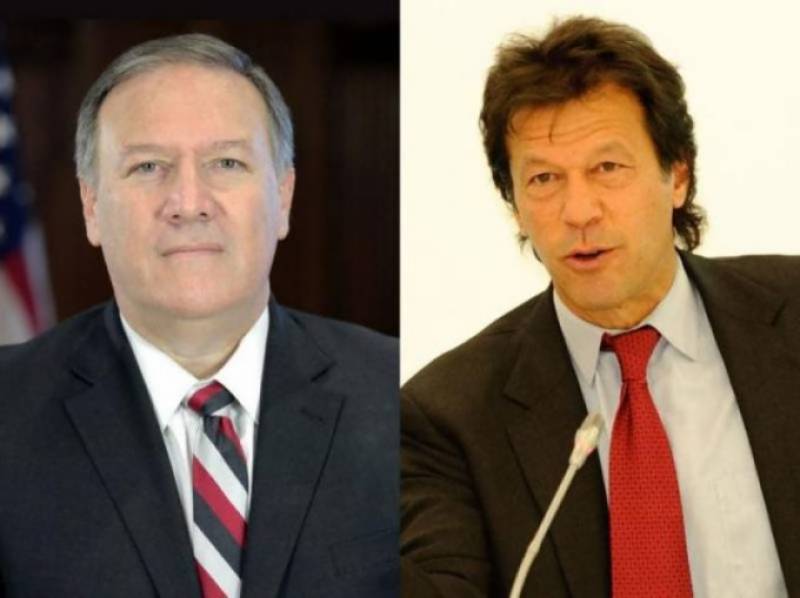 ISLAMABAD: Pakistan has refused to bow down before US pressure of "Do More" in bilateral talks with the US Secretary of State Mike Pompeo and Military Chief.

Pakistan Prime Minister, the Army Chief and the Foreign Minister told the visiting dignitaries that the relations will have to move with mutual interests rather than one way traffic.

Pakistan told the United States that mutual interests of the both the countries need to be considered in bilateral relations.

Pakistan would not bow down only for Washington's interests, diplomatic sources have revealed.

Pakistan conveyed so during a meeting between Prime Minister Imran Khan and US Secretary of State Mike Pompeo at the PM House in Islamabad. The meeting also had Foreign Minister Shah Mehmood Qureshi, Chief of Army Staff General Qamar Javed Bajwa and others in presence.

According to diplomatic sources, US officials reiterated the demand of "do more" at the meeting, however, Pakistani leadership presented its stance in a comprehensive manner.

The US delegation led by Secretary Pompeo reached the US Embassy in Islamabad after meeting with PM Khan, the sources said. from where the delegates left for airport after a while.

The US secretary of state and others then left for India from Islamabad Wednesday evening.

Pompeo, who was accompanied by Chairman of the Joint Chiefs of Staff General Joseph Dunford and a four-member delegation, was received by Qureshi upon reaching the Foreign Office from Nur Khan Airbase.

During the talks at the FO, bilateral, regional and international issues were discussed.

FM Qureshi underscored the need to reset bilateral ties on the basis of mutual trust and respect, the FO said regarding the talks.

Earlier this afternoon, Pompeo landed in Islamabad and was received by officials of the Foreign Ministry.

This is the first high-level visit from Washington since the Pakistan Tehreek-e-Insaf (PTI) government assumed office.

He is due to visit India on the next stop of his South Asia tour where he is expected to pile pressure on New Delhi over its purchases of Iranian oil and Russian missile systems in talks with senior Indian officials.

Speaking to the media from his airplane en route to Islamabad, Pompeo said he hopes to reset the relations between the two countries.

"We hope that both countries could leave the past behind and begin to make progress," Pompeo said.

“We will have three opportunities to walk through the complexity that is this relationship and hopefully begin to make some progress so that we can get back to set of common understandings. So that’s really the very straightforward objective,” the US secretary of state regarding his visit.

Pompeo also indicated that the Trump administration could release aid to Pakistan that was halted earlier this year.

“Pakistan was told this past summer that they weren’t likely to get that money,” the Secretary said.

Stating that the rationale for Pakistan not getting the money is very clear, he said, “It’s that we haven’t seen the progress that we need to see from them.”

Further, Pompeo stressed on Pakistan’s assistance and help to resolve issues related to stability in Afghanistan.

“We need Pakistan to seriously engage to help us get to the reconciliation we need in Afghanistan," he said and mentioned General Nicholson and General Miller having the same opinion on the issue.

Pakistanis have “important interests, security interests in Afghanistan to make sure they get the issues at their border right, and we need their help”, Pompeo said.

He was also hopeful that his trip could convince the new government in Pakistan to provide the assistance for reconciliation in Afghanistan.

Pompeo said that the eventual result of working together could mean the aid to Pakistan could revive. “If that arises again, I am confident we’ll present to the US president the rationale for that, and then something like that might make sense,” the US secretary of state said.