How Rohingya Muslims crisis is linked with a game against China: Russian media
5 Sep, 2017

The Rohingya conflict in Myanmar, which had caught its second wind in August 2017, appears to be a multidimensional crisis with major geopolitical players involved, experts say, referring to both internal and external reasons behind the recent upsurge in violence in the country.

The Rohingya conflict, which erupted between Buddhists and Muslims in  Myanmar's western Rakhine state in late August, was apparently fanned by external global players, Dmitry Mosyakov, director of the Centre for Southeast Asia, Australia and Oceania at the Institute of Oriental Studies of the Russian Academy of Sciences, told RT.

According to the academic, the conflict has at least three dimensions.

"First, this is a game against China, as China has very large investments in Arakan [Rakhine]," Mosyakov told RT. "Second, it is aimed at fuelling Muslim extremism in Southeast Asia…. Third, it's the attempt to sow discord within ASEAN [between Myanmar and Muslim-dominated Indonesia and Malaysia]."

Pakistan Navy soldiers martyred in a gun attack in Gwadar 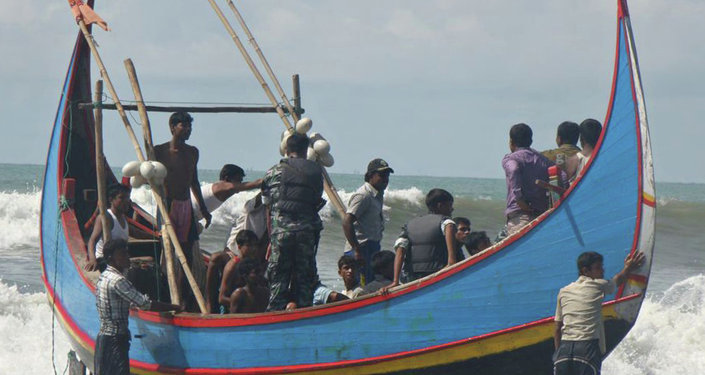 © AFP 2017/ S
According to Mosyakov, the century-long conflict is used by external players to undermine Southeast Asian stability, especially given the fact that what is at stake are vast reserves of hydrocarbons located offshore of the Rakhine state.

After the massive Rakhine energy reserves were discovered in 2004 they attracted China's attention. By 2013 China completed oil and natural gas pipelines, which connect Myanmar's port of Kyaukphyu with the Chinese city of Kunming in Yunnan province.

The oil pipeline allows Beijing to deliver Middle Eastern and African crude bypassing the Malacca Straits, while the gas pipeline is transporting hydrocarbons from  Myanmar's offshore fields to China.

The development of the Sino-Myanmar energy project coincided with the intensification of the Rohingya conflict in 2011-2012 when 120,000 asylum seekers left the country escaping the bloodshed.

According to Dmitry Egorchenkov, deputy director of the Institute for Strategic Studies and Prognosis at the Peoples' Friendship University of Russia, it is hardly a coincidence. Although there are certain internal causes behind the Rohingya crisis, it could also be fueled by external players, most notably, the United States.

Myanmar's destabilization may affect China's energy projects and create a pocket of instability at Beijing's doorstep. Given the ongoing crisis between the US and North Korea, another Chinese neighbor, Beijing may soon find itself caught in the crossfires.

Meanwhile, the Burma Task Force, which comprises a number of organizations funded by George Soros, has been actively operating in  Myanmar since 2013 calling upon the international community to stop what they call "the genocide of the Rohingya Muslim minority group." However, Soros's interference in  Myanmar's domestic affairs goes deeper into the country's history.

In 2003, George Soros joined a US Task Force group aimed at increasing "US cooperation with other countries to bring about a long overdue political, economic and social transformation in Burma [Myanmar]." 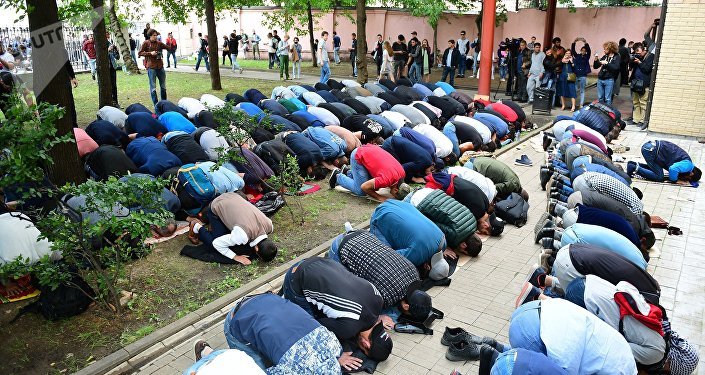 "When George Soros comes to this or that country… he looks for religious, ethnic or social contradictions, chooses the model of action for one of these options or their combination and tries to 'warm they up,'" Egorchenkov explained, speaking with RT.

On the other hand, according to Mosyakov, it appears that some established global economies are seeking to contain the rapid economic development of ASEA nations, by instigating inner strife within the bloc.

The academic opined that the globalist management policy envisages sowing discord in stable regional formations. By fuelling regional conflicts external players jump at the opportunity to gain control over sovereign states and exert considerable pressure on them.

The recent Rohingya crisis started on August 25 when Muslim insurgents of Rohingya origin attacked security posts in  Myanmar's Rakhine state. The tough response of the country's authorities triggered violent clashes, which claimed the lives of at least 402 people. However, according to some estimates, up to 3,000 Muslims were killed during the recent conflict.

The conflict that started about a century ago has gradually escalated since 2011, hitting its peak in 2012 when thousands of Muslim families sought asylum in the special refugee camps on the country's territory or fled to Bangladesh. Yet another escalation started in 2016.