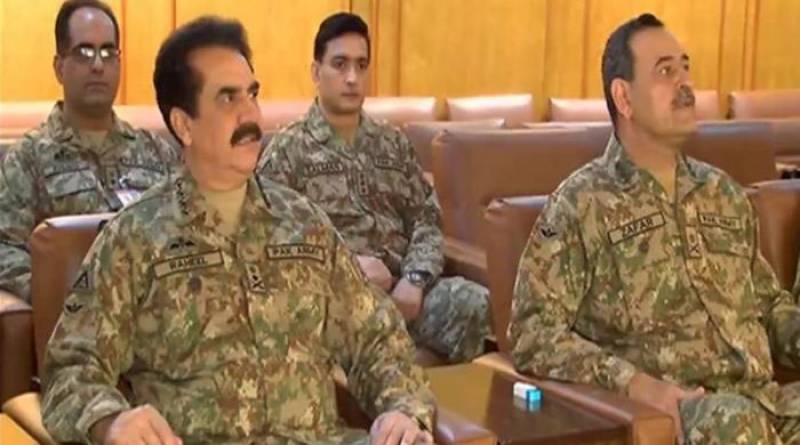 ISLAMABAD (APP): Chief of Army Staff (COAS) General Raheel Sharif on Wednesday appreciated the state of morale of deployed troops and level of vigil being maintained by them along the Line of Control (LoC).

The COAS expressed appreciation while visiting the Headquarters 10 Corps, which is responsible for entire LoC area.

The COAS was given comprehensive briefing on prevalent situation at LoC and operational preparedness of the units and formations, Inter Service Public Relations (ISPR) in a press release stated.

"While expressing his complete satisfaction over operational preparedness, the COAS appreciated state of morale of deployed troops and level of vigilance being maintained."