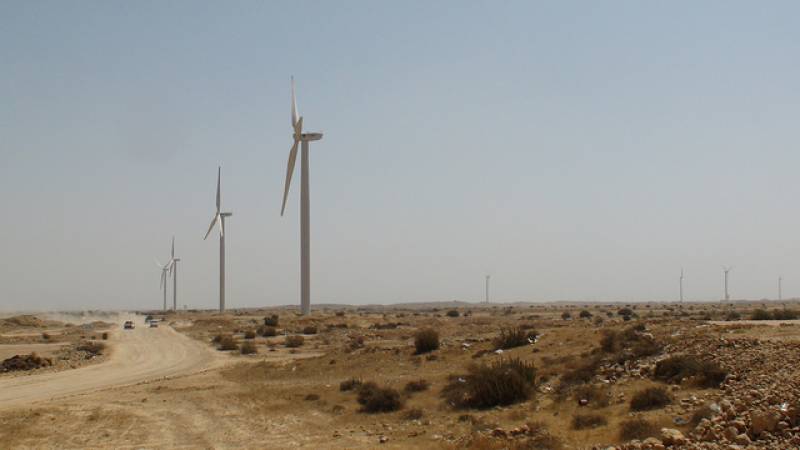 The total installed capacity of wind power projects in the country has been raised to 590.5 MW through different projects launched to meet energy needs.

The deal is ADB's third wind energy investment in Pakistan's burgeoning independent power producer segment. Power from the project will be sold under a 20 year take-or-pay energy purchase agreement under a feed-in tariff to Pakistan's Central Power Purchasing Agency.

"This wind farm is a major contributor to Pakistan's drive to scale up renewable energy use and to reduce its reliance on coal and petroleum for power generation," said Muhammad Azim Hashimi, Investment Specialist in ADB's Private Sector Operations Department.

"The operation of this farm will avoid the production of over 350,000 tons of carbon dioxide equivalent emissions a year and help to close the country's power shortfall," he said.

Chief Executive Officer of Sapphire Textile Mills, Nadeem Abdullah on Saturday said the company believes that renewables have changed the energy paradigm and remains committed to development of renewable energy resources in Pakistan. The 150 MW Triconboston wind power project is a step in this direction, he said.

The data said the government has set a target of adding 1000 Megawatts (MW) electricity to national grid by 2018 from wind corridor, as more investors are coming to invest in this mode of energy generation.

Wind corridor in district of Thatta has the potential to generate up to 50,000 MWs electricity which will be sufficient enough to meet country's power demands for years.

Balochistan's coastal areas also have huge potential for alternative green energy. The government is conducting surveys in this regard.