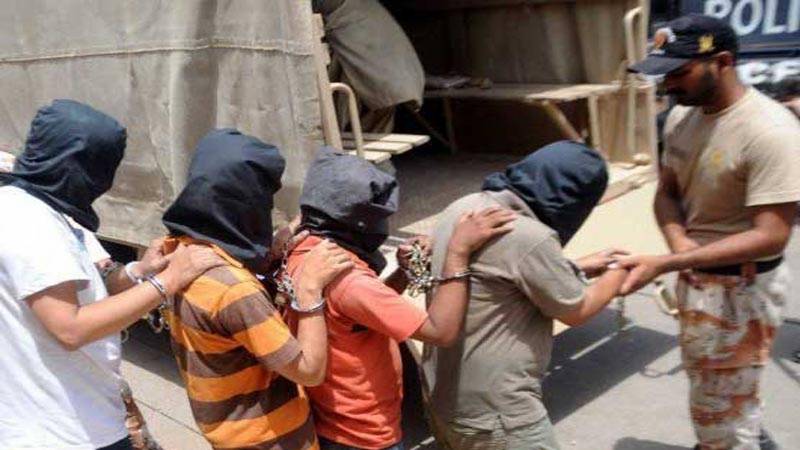 The Rangers on a tip off arrested a suspect, Syed Mehroz Mehdi Naqvi alias Mehdi Badsha. He is affiliated with a proscribed outfit.

Pakistan Rangers discover huge cache of arms from a graveyard

The accused has confessed his involvement in the murder of Mufti Dilfraz Mavia and Abu Bakar in SITE area in February 2013, Mufti Usman Yar Khan, Muhammad Ali and Muhammad Rafiq at Shahrah-e-Faisal in 2014, besides over 22 other murder cases as well as kidnapping for ransom, dacoity, extortion and street crimes, according to a Rangers press release issued here on Saturday.

Sindh Rangers shoot down 3 terrorists in a deadly encounter

It said that on the pointation the accused arms and ammunition hidden at a secret place have also been recovered.

In a separate action, the Rangers arrested a suspected target killer, Ishtiaq alias Mama, in a raid in PIB Colony. The suspect is a political activist and is allegedly involved in the firing incident at a private TV channel on 12 May, 2007, as well as in forced closure of markets and collection of extortion.

One each sub-machine gun, repeater and 30-bore pistol and ammunition have been recovered from the possession of the suspect.

The suspects after preliminary interrogation are being handed over to police for legal action.