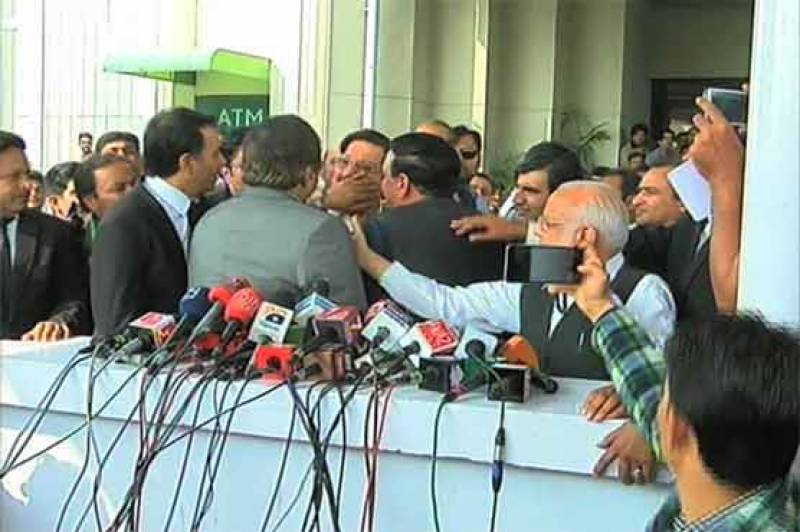 ISLAMABAD: PTI and PAT leaders have announced ceasefire over the issue of the quarrel outside Supreme Court of Pakistan between Khurram Nawaz Gandhapur and Naeem ul Huq.

PAT has decided not to issue any further statements over the exchange of harsh words between the two leaders yesterday outside Supreme Court of Pakistan.

PTI Information Secretary Naeemul Haque also assured that he wouldn’t be discussing the issue any further.

It has been reported that Sheikh Rasheed and Chaudhry Sarwar contacted both the leaders for reconciliation.