Paris Agreement: First ever deal of all the World's nations enforced
5 Nov, 2016 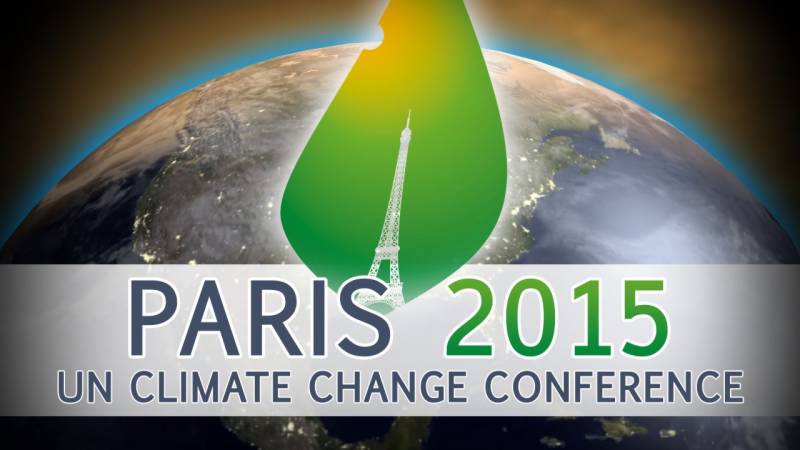 PARIS: (APP) A worldwide pact to battle global warming entered into force Friday, just a week before nations reassemble to discuss how to make good on their promises to cut planet-warming greenhouse gases.

Dubbed the Paris Agreement, it is the first-ever deal binding all the world's nations, rich and poor, to a commitment to cap global warming caused mainly by the burning of coal, oil and gas.

"A historic day for the planet," said the office of President Francois Hollande of France, host to the 2015 negotiations that yielded the breakthrough pact.

"Humanity will look back on November 4, 2016, as the day that countries of the world shut the door on inevitable climate disaster," UN climate chief Patricia Espinosa and Moroccan Foreign Minister Salaheddine Mezouar said in a joint statement.

Mezouar will preside over the UN meeting opening in Marrakesh on Monday.  "It is also a moment to look ahead with sober assessment and renewed will over the task ahead," they said.

The urgency was brought home by a UN report on Thursday which warned that emissions trends were steering the world towards climate "tragedy".

By 2030, said the UN Environment Programme, annual emissions will be 12 to 14 billion tonnes of carbon dioxide equivalent (CO2e) higher than the desired level of 42 billion tonnes.

2016 is on track to be the hottest year on record, and carbon dioxide levels in the atmosphere passed an ominous milestone in 2015.

Lit up in green, the Eiffel Tower in Paris proclaimed: "Accord de Paris, c'est fait!" (Paris Agreement, it's a done deal!) -- to hail the entry into force of the pact meant to stop the rot.

The historic agreement was finally endorsed in the French capital last December, after years of complex and divisive negotiations, but the ratification was reached with record speed.

At least 55 parties to the UN's climate convention (UNFCCC), responsible for at least 55 percent of global greenhouse gas emissions, had to ratify it for it to take effect.

It passed the threshold last month, and by Friday it had been ratified by 97 of the 197 UNFCCC parties, representing 67.5 precent of emissions, according to France's environment minister Segolene Royal, outgoing president of the UN talks.

"It is a magnificent day, concluding years of hard work," Royal told journalists in Paris.

"We must maintain this extraordinary momentum by encouraging countries to continue ratifying the deal, and by moving full steam ahead with our preparations to put it into action across the world," Europe's climate commissioner Miguel Canete said in a statement.

A major doubt looms over the process, however, as diplomats gear up for 11 days of talks in Morocco to discuss way of putting the agreement's political undertakings into practice.

US Republican nominee Donald Trump has threatened to "cancel" Washington's participation in the agreement if he is elected president on November 8.

"I refuse to think along these lines," Royal said, when asked about a possible US withdrawal under Trump.

"The Paris agreement prohibits any exit for a period of three years, plus a year-long notice period, so there will be four stable years," she said.

The pact undertakes to limit global warming to "well below" two degrees Celsius (3.6 degrees Fahrenheit) over pre-Industrial Revolution levels, and to strive for 1.5 C.

According to the International Energy Agency, implementing the pledges would require investments of $13.5 trillion in efficient and low-carbon and energy technology to 2030 -- almost 40 percent of total energy sector spending.

"The timetable is pressing because globally, greenhouse gas emissions which drive climate change and its impacts are not falling," said Espinosa and Mezouar.