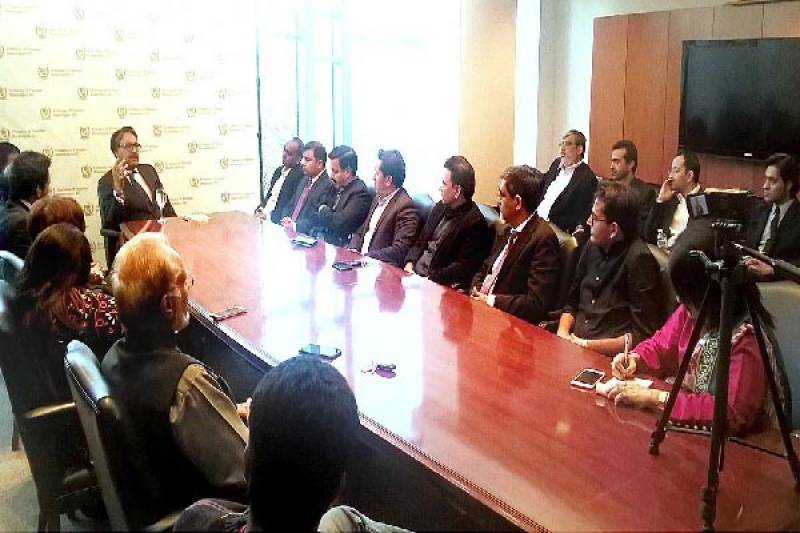 WASHINGTON: (APP) Pakistan and the United States have agreed on "Green Energy Initiative" which will add 3,500 megawatts of energy to the national grid, Pakistan's Ambassador to the United States, Jalil Abbas Jilani said here.

Speaking to a group of Pakistani media persons who are here to cover the US presidential elections, Ambassador Jilani said Dassu Hydro Project, which was of crucial importance for Pakistan, also involved US cooperation.

Pak-US Knowledge Corridor: 10000 scholars to get higher education in US universities

Welcoming the media people, the Ambassador lauded the interest of Pakistani media in the upcoming elections and said it was a sure sign of progress media is making in Pakistan.

Giving a broader perspective of Pakistan-US relations, the Ambassador said that these ties were very important and had improved significantly over the years.

The revival of the Strategic Dialogue in 2013 has laid down a strong foundation of the fresh start to further strengthen between the two countries, Ambassador Jilani said while drawing the attention towards six working groups between Pakistan and the US.

These working groups, he said, were working for advancing interests of both the countries in different fields namely Economic, Finance & Trade, Energy Sector cooperation, Counter Terrorism and Law Enforcement Cooperation, Defence Cooperation, Nuclear Cooperation and Cooperation in the fields of Education, Science and Technology.

Since Pakistan was the largest recipient of the Full Bright Scholarship Programme, under the ambit of the US-Pakistan Knowledge Corridor Project, Pakistan was working closely with the various American universities to forge new possibilities for our students, the Ambassador said.