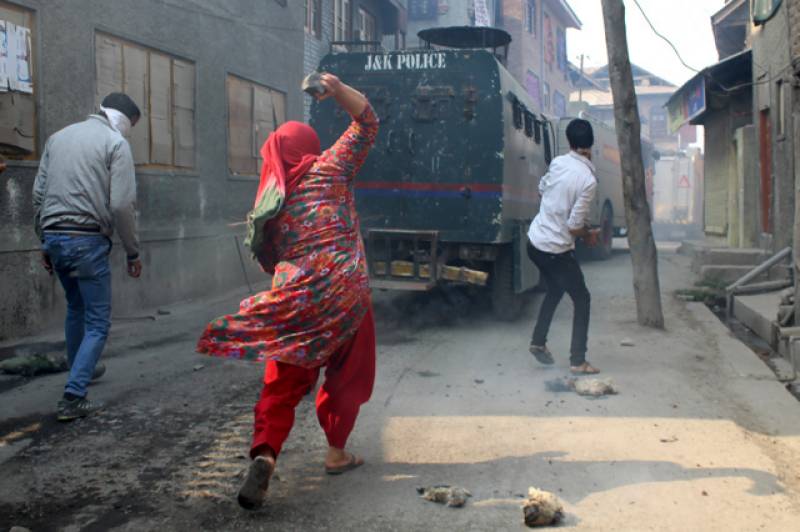 SRINAGAR: Indian Forces in yet another act of barbarianism resorted to use of brutal force over a teenager martyred Kashmiri Muslim boy.

Over 30 people were injured after Indian troops and police personnel resorted to teargas shelling on the funeral of a minor boy in Srinagar today (Saturday).

The 16-year-old boy, Qaiser Sofi, a resident of Shalimar, was found in an unconscious state a day after he went missing on 27th October.

He was admitted at the Soura Institute of Medical Sciences in Srinagar where he breathed his last at around 10 pm last night.

Witnesses told media that the body of Qaiser Sofi was brought to his ancestral home in Safa Kadal at around 7 am today.

They said that mourners carrying the body of Sofi were shouting pro-freedom slogans as they marched towards martyrs’ graveyard in Eidgah. However, Indian forces deployed in the area resorted to teargas shelling to prevent the march towards the Eidgah, triggering clashes.

Around 35 persons, including two women, were injured in forces’ brutal action.