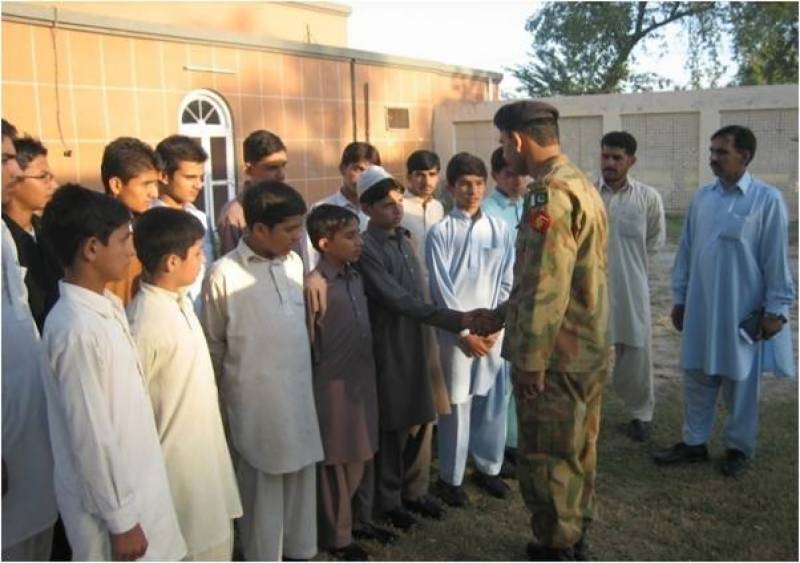 Addressing the inaugural ceremony of Army Public School in Chagmalai, he said that matchless sacrifices of Pakistan Army for the establishment of peace would always be remembered. The ceremony among others was attended by Brigadier Tabassum Habib, Political Agent Zafar-ul-Islam Khattak  and elders of Mehsud and Barki tribes.

Major General Khalid Javaid said that 70 percent of South Waziristan has been cleared and repatriation process has been started. He said that steps had been taken to ensure provision of basic amenities of life to returning tribesmen in their respective areas. He also formally inaugurated phase three of giving financial assistance to affectees of operation Rah-e-Nijat, saying Rs1.5billion cheques were being distributed.

Elders of Kani Garm area expressed satisfaction over the efforts of Pakistan Army and political administration for financial assistance and providing other facilities among tribesmen in their respective areas.