Afghanistan on the brink of disaster
5 Nov, 2016 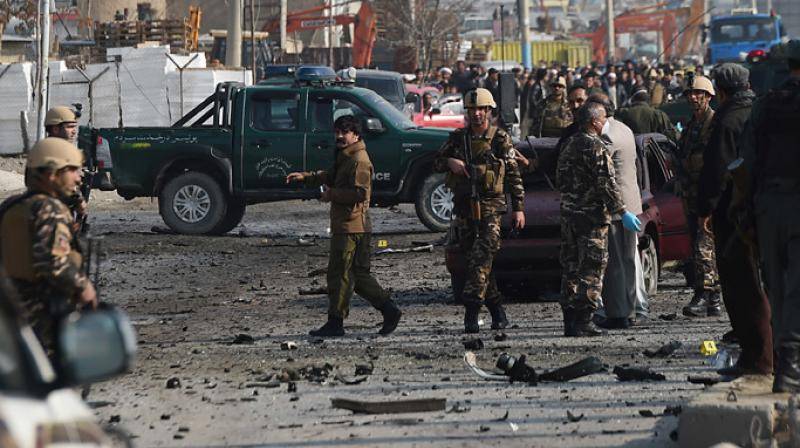 Afghanistan’s National Unity Government (NUG) is teetering on the brink. Internal political turmoil has worsened as differences over the power-sharing formula have intensified between the two presidents. Ethnic conflagration has also increased. Ethno-sectarian violence and the brinkmanship of the ruling class may further worsen the situation.

The exponentially growing power of the Daesh in northern and eastern Afghanistan, and Taliban’s influence in the south means that the government and its allies have failed to bring stability to Afghanistan. Just recently, a Pandora’s box opened with the abrupt diatribe of Afghan Vice President Abdul Rashid Dostum hammering President Ashraf Ghani for his wrongly designed ethnic policy, nepotism and power monopoly.

Mr Dostum censured Abdullah Abdullah for his failure to act independently. He also expressed dissatisfaction over the ethnic policy of the president and said: “If you speak in Pashtu with President Ghani, you will be a good person, and if you speak Pashtu and you are from the Logar province, then you are a very good person.”

Mr Dostum also accused the NDS Chief Muhammad Masoom Stanekzai for making things worse, and criticised unmerited appointments in the armed forces saying: “The corps commander for the north does not deserve his post, and he wants to paint General Dostum as a weak leader in the north and isolate him with their inappropriate behaviour... The jihadist figures appointed by President Ghani and Mr Abdullah on key military posts had never seen a military base, and could not command even 100 soldiers. We have many experienced generals in our country who are out of job. Why aren’t they appointed on military posts? The 50 percent distribution of power is totally wrong, and this way of governance leads soldiers to death.”

However, President’s Special Advisor for Governance Reforms, Ahmad Zia Massoud, accused the UNG of nepotism, and warning that this policy may further exacerbate ethnic tensions said: “What is good in this that I am in government as a Tajik and I bring all Tajiks to government? This creates a reaction. And what is good in this that a Pashtun is head of the state and then he appoints all Pashtuns in government offices? This is not good, and it creates a reaction from other ethnic groups.”

In response to the vice president’s accusations, the office of the president termed the outburst as unexpected, and said that such accusations did not befit General Dostum. At present, Afghanistan has become a typical case of ethnic discrimination. Ethnic groups are more powerful in arms and fighting capabilities than the factional army of the country. In majority provinces, every powerful government official and military commander appoints members of his own ethnic groups to strengthen his position. In intelligence agencies like the NDS and RAMA and defence intelligence, Tajiks and Pashtuns are dominant, while Hazara and Uzbeks have one percent representation.

Last month, clashes broke out when Tajiks demanded the reburial of the late king, Habibullah Khan. This action prompted intense rivalry between ethnic groups. On September 1, 2016, the funeral ceremony turned violent in Kabul, in which at least one person was killed and several others were injured. The king’s supporters were mainly Tajiks who were later attacked by General Dostum’s supporters.

The role of state and private media is seen suspicious as it covers language-related topics. Television and radio channels spread prejudice, racism and discrimination day and night. Ethnic tension between Pashtuns and Hazaras and between Tajiks and Pashtuns in northern provinces is openly discussed in talk shows. The recent tension renewed memories of the country’s long-running ethnic conflict that culminated in 1990s, and continued till the end of the Taliban regime in 2001. The ethnic politics of the NUG have failed. Mr Abdullah openly criticises Mr Ghani for his ethnic favouritism. In Mazar-e-Sharif, Kunduz, Ghor, Baghlan and Takhar provinces, Pashtuns were humiliated, and their land was grabbed by Uzbek and Tajik war criminals.

Afghanistan is now caught up in a much broader series of violence. The Afghan scholar, Dr Zaman Stanizai, views the current ethnic conflict in the country as an unidentified and an unaddressed issue: “The current Afghan crisis is neither correctly identified nor adequately addressed. Pashtuns, who constitute the cohesive core of the otherwise ethnically diverse Afghan society, have earned the distinction of the most resistant for a reason. Like any other majority in any other state, they shoulder a heavier responsibility. The alienation of the majority will neither win hearts and minds nor will it help build institutions for a viable democracy.”

The controversial role of Indian government has further prompted a dangerous ethnic discrimination by providing millions of dollars to warlords and regional groups. Indian agencies — RAW, IB and Defence Intelligence Agency — are making things worse, and creating a strong opposition against the NUG in its efforts of rapprochement with Pakistan and China. Afghanistan is a bad victim of the proxy war between Pakistan and India, but with the inclination of Afghan government towards India, things have gone from bad to worse. India has been supporting the Northern Alliance since 1990s, which resulted in the return of war criminals into Afghanistan’s body politic. India secretly furthers its agenda to transform Afghanistan into its permanent colony by ‘recruiting’ thousands of young Afghans to study in Indian colleges and universities. Some Afghan politicians warn that India needs to balance its policy towards the Pashtuns, as the country has heavily invested in non-Pashtun groups. Only eight percent scholarship for Pashtuns exposes India’s ethnic role in Afghanistan.

Ethnic violence has created a hostile environment across Afghanistan. Pashtuns are being subjected to violence and torture in northern Afghanistan. Afghans who returned from Pakistan face violence and harassment, and are struggling to survive in their own country, but regional warlords are not willing to allow them to return to their hometowns. There are more than two million internally displaced Afghans who also face the wrath of war criminals and private militia commanders.

Altercations over the agro-land in northern Afghanistan intensified as returnees claimed their occupied land, but without original documents, they are unable to repossess their land. Social media and private channels, repeatedly, illustrate public anger over the inconsideration of government vis-à-vis the armed forces of the country. In 2016, more than 16,000 Afghan soldiers and officers were killed and injured, and all but 2,600 joined Taliban and Daesh groups. In insider attacks 300 soldiers and officers were killed and 200 injured.