US vows to work more closely with Pakistan Army
5 May, 2022 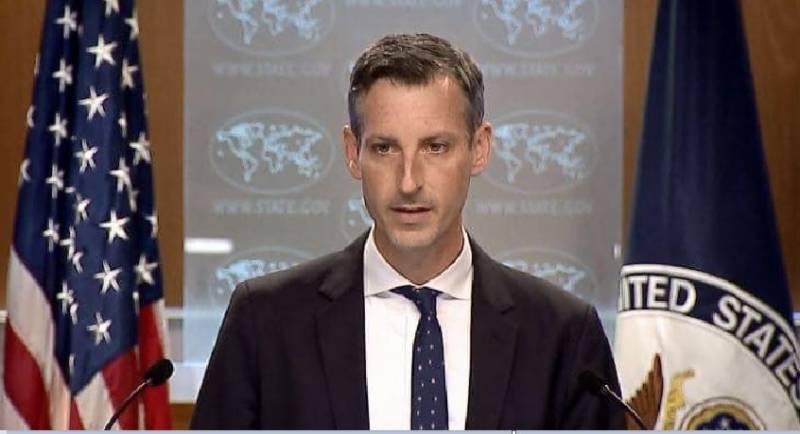 The United States has expressed determination to work with Pakistan in areas of mutual interests including counter terrorism and border security.

At his press briefing in Washington D C, US State Department Spokesperson Ned Price said his country valued the bilateral relationship with Pakistan.

On April 19, Ned Price had said the US was working with Pakistan to bring about a more stable, secure and prosperous Afghanistan that respected the fundamental rights of all of its people, including minorities, women and girls.

The spokesman, who was answering a question at his daily news briefing about the alleged Pakistani airstrikes against terrorists in Afghanistan, had not made any comment on the attacks.

“We are aware of the reports of Pakistani air strikes in Afghanistan, but we’d refer you to the Pakistani government for comment,” Price had said.

On April 17, Pakistan’s Foreign Office had said in a statement that incidents of its security forces being targeted in cross-border attacks from Afghanistan had risen significantly, and called on Taliban authorities to act against militants.

On his part, Price had said, “We view Pakistan as an important stakeholder, an important partner, with whom we are engaging and have engaged as we work together to bring about an Afghanistan that is more stable, is more secure, is more prosperous, and importantly an Afghanistan that respects the basic and fundamental rights of its people, all of its people, including its minorities, its women, its girls.”