US State Department releases important statement on Pakistan
5 May, 2022 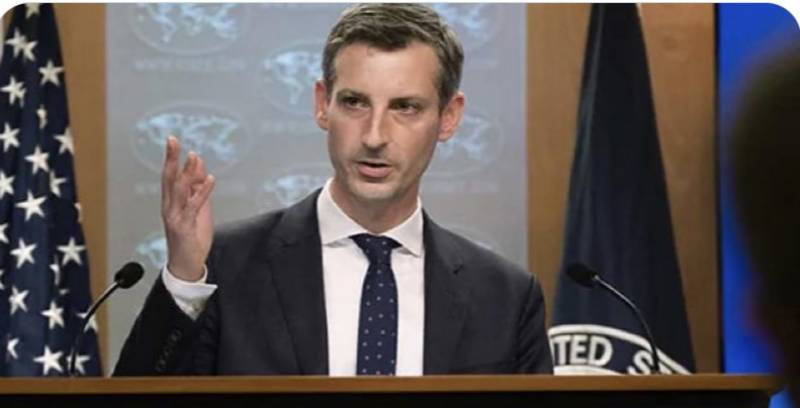 *WASHINGTON: The United States has expressed determination to work together with Pakistan in areas of mutual interests including counter-terrorism and border security.*

At his press briefing in Washington D.C, the US State Department Spokesperson Ned Price said his country values the bilateral relationship with Pakistan.

Commenting on India, Price said that the US Commission on Religious Freedom in India has demanded sanctions on the Narendra Modi government.

US State Department spokesman Ned Price was asked a journalist in Washington whether India was being blacklisted for violating religious freedom.

Responding to this, Ned Price said that the Commission on Religious Freedom is not a government body, the US State Department reviews the recommendations of the commission.