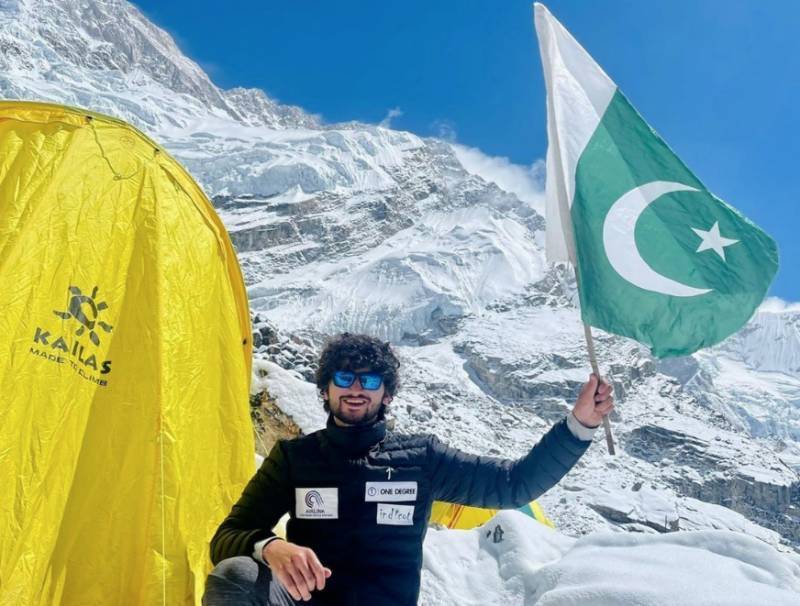 Kashif, who hails from Lahore, also achieved another feat as he is the first Pakistani to scale the world’s third-highest peak, which is situated in the eastern Himalayas.

Young Pakistani climber, who had become the youngest Pakistani to scale Mount Everest, used supplemental oxygen on his climbs to Broad Peak and Everest.

With the latest feat, the Pakistani teen who is known as ‘The Broad Boy’ becomes the youngest mountaineer to summit the top peaks including Everest 8849m, K2 8611m, and Kanchenjunga 8586m.

Meanwhile, sports enthusiasts, activists, and social media users congratulated Kashif on his success and prayed for his safe return from the peak.

Pakistani ace climber reportedly started hiking at the tender age of 11. He started his journey with the Makra peak and then climbed Musa Ka Massalah peak (4,080m), and Chembra peak (4,600m) at age 12.