PMLN government to end if two MNAs of PMLQ come back: Sh Rashid
5 May, 2022 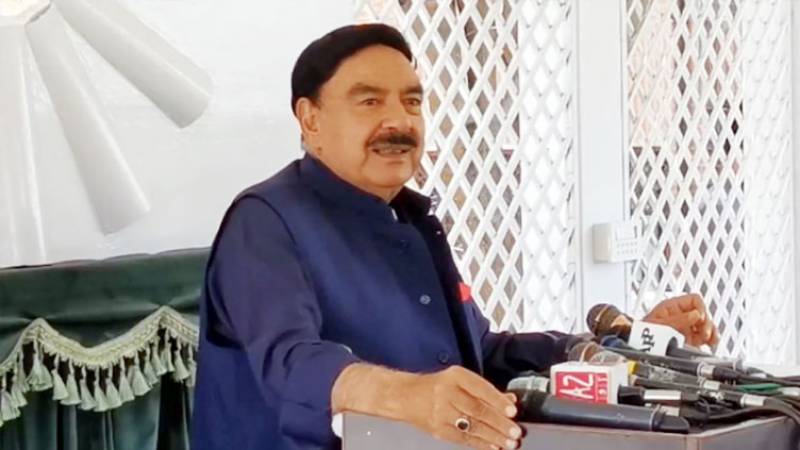 Former interior minister Sheikh Rashid on Thursday said that that the current government was stuck in a hard place as it was brought into power with only a majority of two votes in its favor.

Sheikh Rashid, in a statement, said that if PML-Q members who are part of the government, disassociate themselves with this government, then it would end.

“The plan of the international forces [to undermine Imran Khan] has turned on its heels and Imran has emerged as the most prominent leader,” he said.

Talking about his nephew, Rashid Shafiq, the former minister said that no one could prove that Shafiq was at the location at the time when the slogans were raised against the Pakistan Muslim League-Nawaz (PML-N) leadership in Saudi Arabia.

“He was proven innocent in a probe by Saudi authorities and after he had boarded the aircraft to return to Pakistan,” he claimed.