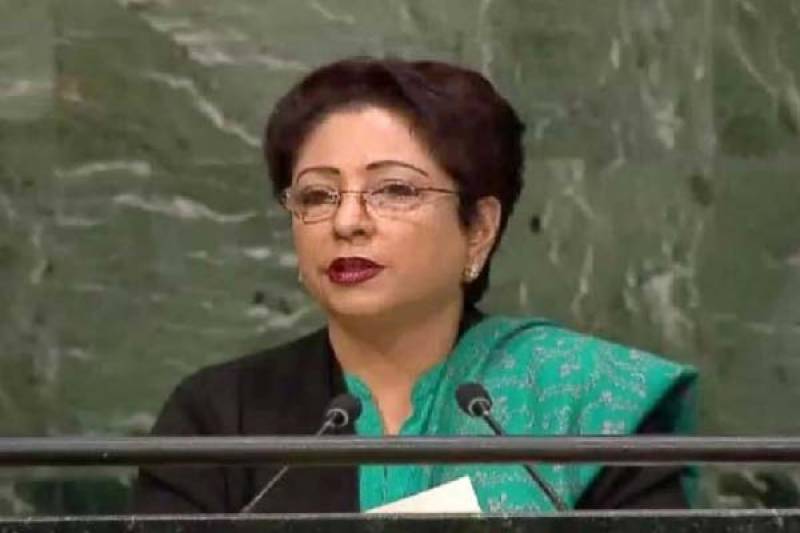 NEW YORK:The fourth edition of Lahore Literary Festival (LLF) concluded in New York Saturday night after lively discussions of Pakistan’s arts and literature, with Pakistani Ambassador Maleeha Lodhi saying this annual event was an expression of the cultural renaissance that has been underway in the country in recent years.

“The cultural landscape in Pakistan has seen a flowering of art, music, literature, and yes, cinema too, all of which have presented a rich panorama of creativity” ,

Ambassador Lodhi, permanent representative of Pakistan to the UN, told a large number of New Yorkers attending the festival in the spacious hall of Asia Society, which co-hosts the event.

An array of distinguished speakers underlined Lahore’s standing as Pakistan’s cultural hub, and said LFF had brought ideas and showcased Pakistan’s talent before American audiences. They said the festival had made a mark on cultural life here.

“LLF’s remarkable journey reflects and epitomes the extraordinary intellectual energy in Pakistan which is evident in the profusion of creative voices,” Ambassador Lodhi said.

“These creative voices are also the expression of a living nation – the confidence of a new generation of Pakistanis, proud of its heritage but also connected to the wider world.”

She said, “Often under appreciated, art and literature are also an agent of change – they change the way we think, see our changing environment, and, above all, they build bridges of understanding – rather than walls of separation”.

CEO Razi Ahmed spoke of LLF’s partnership with Asia Society, saying the LFF in New York showcases the repository of talent and expression from Pakistan.

He thanked his team members especially Aneela Shah and Nusrat Rahman for their contributions.

Rachel Cooper, Director of the Global Performing Arts and Cultural Programs, Asia Society, welcomed the participants in the Festival and members of the audience.

Afterwards, in one of the sessions, Ayesha Jalal, the Mary Richardson Professor of History at Tufts University, discussed the present wave of right-wing politics and vigilantism in South Asia as well as the dangers of extremism to free speech and scholarship.

Shuja Nawaz, a Pakistani-American author and former director of the South Asia Center at the Atlantic Council in Washington, Richard Olson, a former United States ambassador to Pakistan, and Madiha Afzal, Visiting Fellow in Foreign Policy at Brookings Institute, participated in a rich discussion on “US-Pakistan: Continuing Challenges”.

Jennifer Griffin, national security correspondent for FOX News Channel, acted as a moderator. All agreed that the present moment afforded another opportunity to reset the bilateral relations with reduced expectations.

In addition, a panel of experts assessed the likely impact of new roads and industrialization, under the Belt Road Initiative, for Pakistan’s glaciers, rivers and the broader ecosystem especially in the Gilgit-Baltistan province. They were: Aban Marker Kabraji, IUCN Asia Regional Director; Erum Sattar, Professor of Law, Pace University; Marc-André Franche, formerly the Country Director of the UN’s Development Programme (UNDP) in Pakistan, where he led a team working on governance and climate change adaptation.

Issam Ahmed, a Health, Science and Environment reporter for AFP, moderated the session.

The day-long festival was rounded off with an inspiring presentation by Zia Mohyeddin — Pakistan’s renowned actor, producer, director and television broadcaster — of poetry from greats like Ghalib, Iqbal and Faiz.

A flute performance by Haider Rahman, which enthralled the audience, preceded Zia’s performance.